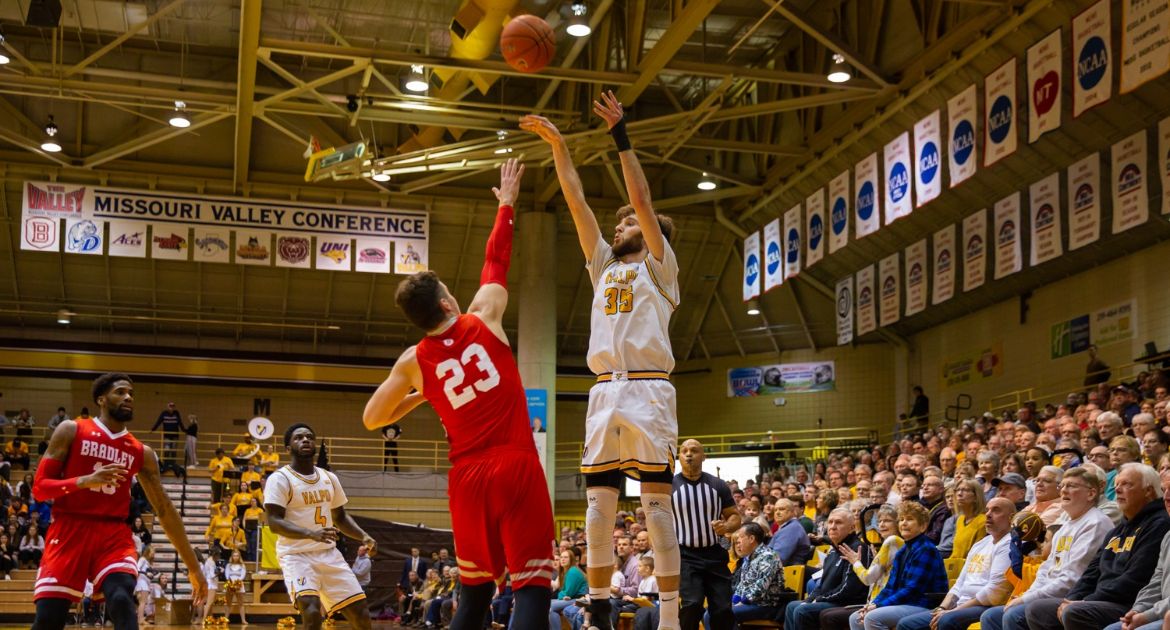 The Valparaiso University men’s basketball team erasing a double-figure deficit has become old news, but the fashion in which the Brown & Gold came from behind to beat Bradley made for yet another memorable night at the Athletics-Recreation Center on Saturday.

Valpo knocked down 18 3-pointers, one shy of a program record that has stood since 1989, on its way to turning a 13-point first-half hole into a 90-78 win. In the process, the team surpassed its Missouri Valley Conference win total from a year ago and secured its highest conference win total since joining The Valley.

Valpo (15-14, 8-8) will host Missouri State for the final home game of the season on Tuesday night at 7 p.m. at the Athletics-Recreation Center. It’s senior night as John Kiser and Ryan Fazekas will be recognized prior to the game and speak to the crowd following the contest. The game will be broadcast on ESPN+ with links to live video, audio and stats available on ValpoAthletics.com.