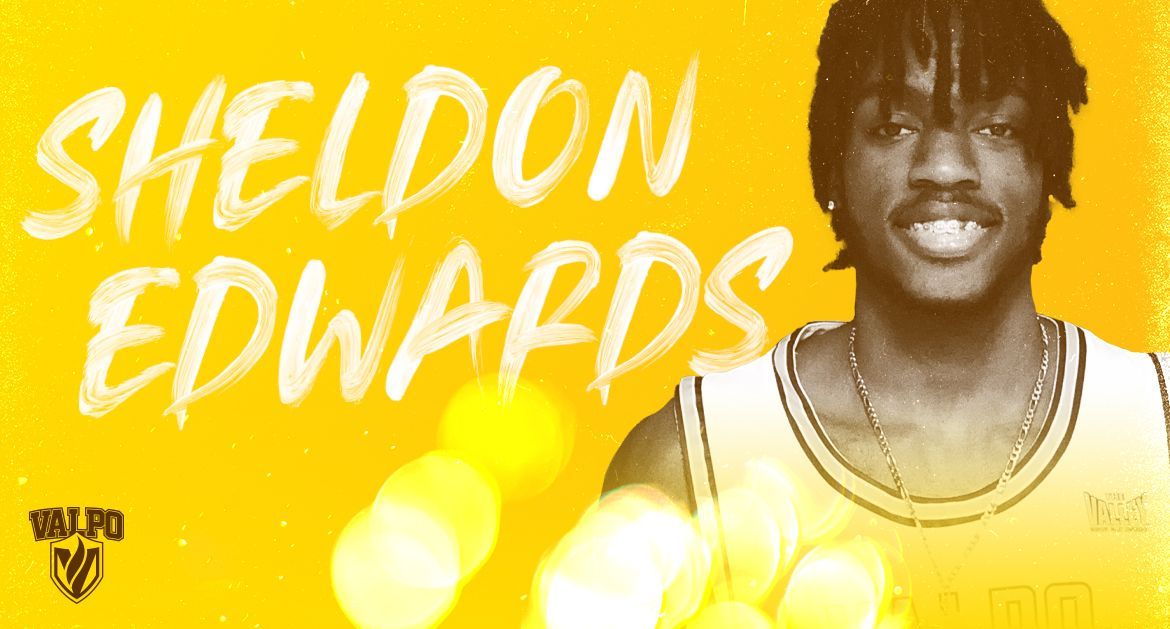 And if early signs are any indication, Valpo fans may have as much fun watching Edwards’ collegiate games as he has playing in them once the freshman takes the court for head coach Matt Lottich’s team.

“The game is fun for me, and that’s important from a confidence standpoint,” Edwards said. “When you come into a new system and you’re trying to do everything the right way, it can be stressful at first. But once your confidence is rolling, everything comes together.”

Everything has indeed come together over the last two seasons for Edwards, who averaged 21.2 points and 7.6 rebounds per game as a senior at Palm Beach Lakes High School in 2018-19 before putting up 32 points per game and five rebounds per contest during a postgraduate year at TLAP Sports Academy in Port St. Lucie, Fla. in 2019-20.

“I’m one of those later bloomers; I didn’t elevate my game until my senior year,” Edwards said. “That’s when I started becoming who I am now as a player. I think the work I put in the summer before my senior year really helped me out. That gave me an edge and a chip on my shoulder. I was motivated to prove I belonged at the Division-I level.”

Edwards did just that, busting out for 36 and 42 points in the first two games of his senior season. He went on to earn first-team all-state honors and was named the MVP of an all-state game in the state of Florida. The postgraduate year at TLAP gave Edwards the opportunity to prepare for the collegiate level, while keeping one eye on his future teammates.

“I watched about 75 percent of the Valpo games last season,” he said. “It was good to follow them and know I was going to be here the next year. That gave me an idea of what was going on with the system and the players. The postgraduate year prepared me very well and gave me more time to come into my own after a productive senior year. I used that time to sharpen all aspects of my game.”

“He sells tickets; he’s the type of player people want to come watch,” TLAP Sports Academy head coach Louis Graham said. “He’s playing for something and he doesn’t want to lose. He’s an anomaly; figuring out how to stop him from scoring is a tough task. He bought into our program and really flourished at TLAP.”

Edwards’ favorite NBA player is Steph Curry, but he models his game after the likes of Devin Booker, Jayson Tatum and Bradley Beal. When he’s not playing basketball, the Valpo freshman spends much of his free time watching it.

“He comes from a basketball family and loves the game,” Graham said. “The coaching staff was a big part of what led him to Valpo. Coach Lottich does a great job putting his players in positions to be successful. Coach Bowen and Coach Gore are veterans, and Coach Holloway knows basketball extremely well. Sheldon is aware that Valpo has been a powerhouse and he’s excited to be part of a program like that.”

Edwards is adjusting nicely to life on Valpo’s campus while preparing to make the transition from prep school to the NCAA Division-I level.

“The adjustment is going to be different because I’ll have to learn to play against stronger opponents,” he said. “I’m working on my strength. In high school, there weren’t many guys who were stronger than me, but there are certainly going to be guys like that at the Division-I level. I love Valpo so far; it’s a family vibe. I like where I feel like we could be going with this; I have high expectations for our team.”

Click here for a profile on Valpo freshman Connor Barrett.