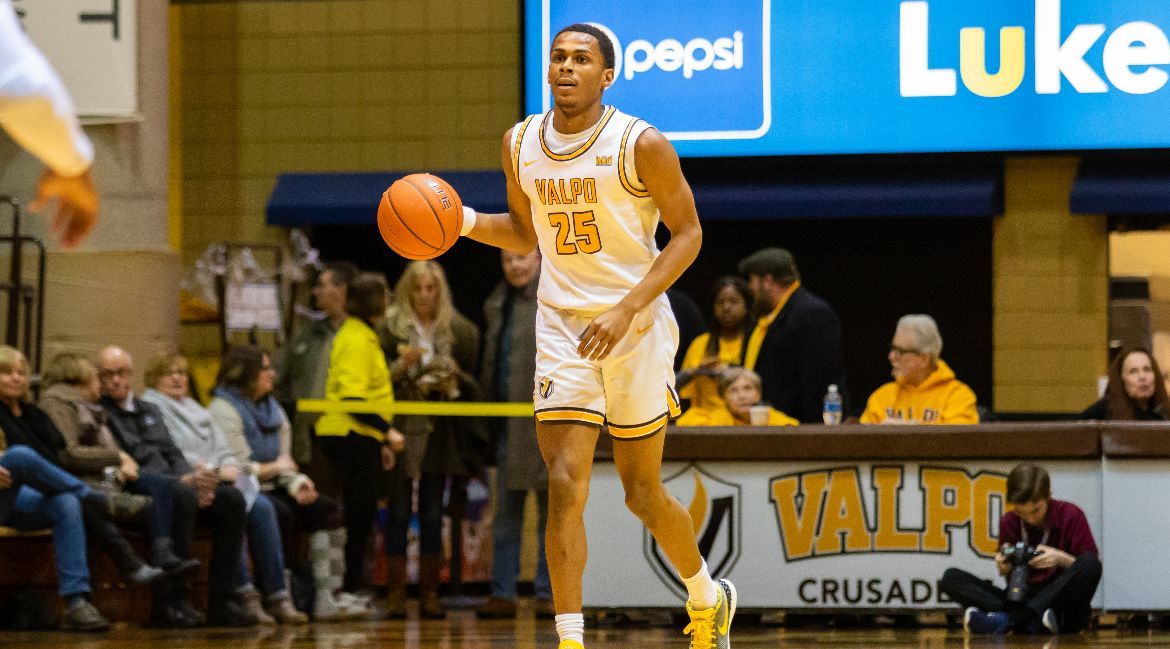 Nick Robinson played in 25 games and made 19 starts last season.

When asked what he hopes to accomplish during the 2020-2021 season, Nick Robinson’s (Chicago, Ill. / Kenwood [Saint Joseph’s]) two-word response was simple, yet effective.

And Robinson is excited about his chance to help the team do just that this year. His impact was evident when he was on the court a year ago as he appeared in 25 games and made 19 starts. But his biggest obstacle last season was no secret, as he battled an injury that sidelined him for nine games including the entirety of the team’s Arch Madness run in St. Louis.

“I’m doing a lot better,” Robinson said. “My doctor has helped get me right. I’m very confident going into this season about my style of play and how I can help the team. My main focus this offseason has been health. I’m a hard worker, but I just wasn’t healthy throughout the season last year.”

After appearing in 62 games and making 30 starts over his two seasons at Saint Joseph’s University in Philadelphia, Robinson elected to transfer to Valpo. The proximity to his hometown of Chicago was a key factor in his move to join head coach Matt Lottich’s program. The 6-foot-5 guard played his high school hoops at Kenwood, where he was teammates with fellow Valpo senior Zion Morgan.

Last season, Robinson averaged 6.2 points, 3.9 rebounds and 2.2 assists per game. He had six games in double figures including three with 15 points or more. After sitting out 2018-19 due to transfer rules and battling the aforementioned injury a year ago, Robinson hopes his patience pays off in his third season on campus.

“I would say my time at Valpo has made me mentally stronger,” he said. “I told myself that eventually I’d get to play. It’s not easy every day when you’re sitting out or injured, but those experiences helped me grow as an individual.”

The multi-faceted Robinson has his own small business that involves buying and selling shoes, is a stock investor and plans to start investing in real estate. He aspires to play professionally after graduation while also setting himself up for a future in business.

Like many of his teammates, Robinson spoke highly of this year’s group, but is well aware that the true test of the team’s cohesiveness will come after the ball is tipped on opening night more so than in practice, in the weight room or during preseason interviews.

“The camaraderie is great so far,” he said. “I feel like it’s easy for that to be good in the beginning, so over time it will get tested. We’ll see if we can respond the right way during the season when we’re battling for playing time and things of that nature. At the beginning of the year everything is always great, but we know the season will test us.”