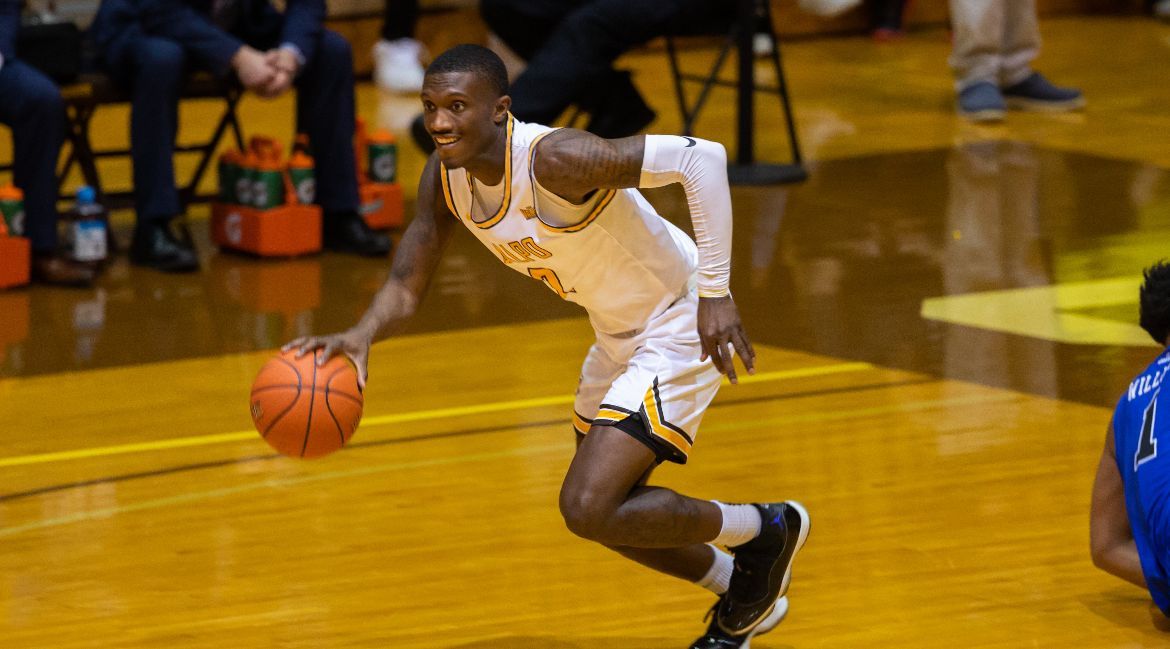 Zion Morgan played in 28 games in his first season at Valpo.

When Valparaiso University men’s basketball senior Zion Morgan learned the news about his torn ACL prior to the 2017-18 season at Wabash Valley College, his first reaction was one of disbelief.

“I had to go to about 10 different doctors because I didn’t believe the first nine,” Morgan said. “From Day 1 when I tore my ACL, I worked my tail off for seven months. That injury made me who I am today. I had the choice to sit back and give up or work my tail off to get better. It was an obstacle I had to face.”

His response to the injury exemplifies the drive that Morgan has displayed throughout his collegiate career. Valpo is the third and final stop on a winding journey that began at UNLV and continued at Wabash Valley. After missing the 2017-18 season, he returned in 2018-19 for one junior college campaign before joining the Brown & Gold as a redshirt junior in 2019-20.

“You’ve got to love the journey,” Morgan said. “I love everything about it, both the ups and the downs. When you look back at how far you’ve come, that’s the beauty of everything in life. There were times when I second-guessed myself and said, ‘Why me?’ But all of it had to happen. I think about my journey every day and that’s what drives me. I love my story.”

Although the 2016 Kenwood Academy graduate’s path has featured numerous stops along the way, it’s all happened in a flash for the Chicago native.

“It’s crazy to think about the fact that I’m a senior,” Morgan said. “I remember being that freshman coming into college like it was yesterday. It’s two different mindsets. As a freshman, you don’t know what to expect. You’re just doing your part and looking for advice. As a senior, you’re supposed to know what is going on. The difference from freshman year to senior year is confidence. There are guys looking up to me and asking for advice. I have to be on my ‘A’ game at all times and be comfortable as a leader of the team along with other seniors.”

Morgan appeared in 28 games during his first season at Valpo in 2019-20. He spent much of the offseason focused on improving the mental aspect of his game.

“I’ve been working on confidence and staying focused,” he said. “It’s important to have discipline on and off the court. It’s about staying locked in and being ready to maximize opportunities.”

Off the court, Morgan enjoys making music on his Mac. This passion began during his freshman year of college, but was amplified during the quarantine period last spring when, like many others, Morgan had additional free time on his hands. Now, his 24 hours each day are filled with basketball, school and making a few tracks in his room. He encouraged Valpo fans to stay on the lookout for music from “Z-Mo.”

Morgan echoed the sentiments of many of his teammates, indicating that there’s a positive vibe surrounding a tight-knit team and that the newcomers have been welcomed with open arms. After the program received a taste of the Missouri Valley Conference title game last season, the group has its sights set on success in 2020-21.

“I want to win at all costs,” Morgan said. “If we lose, I blame myself, and if we win, it’s a great team effort. I don’t need accolades or anything like that, I just can’t stand losing. Losing is a lesson. It boils my blood; it really does. Whether I’m scoring, passing, defending or rebounding, I just want to do whatever it takes to get us a win.”