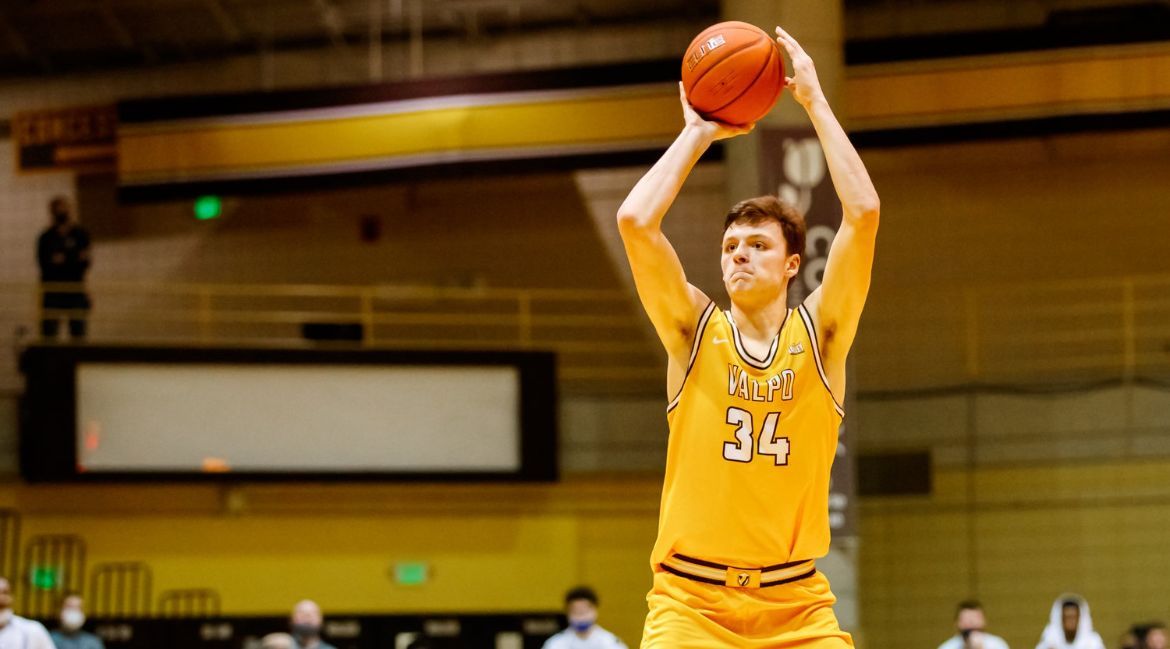 Jacob Ognacevic made five 3s and had a game-high 19 points on Saturday.
Related Links

The Valparaiso University men’s basketball program has never been so happy to see a date come off the schedule.

A Missouri Valley Conference regular-season slate that started with far too frequent schedule changes finished with the best schedule news of all: There will be no Valpo game on Thursday night in St. Louis after the Brown & Gold earned a first-round bye at the State Farm MVC Tournament by dispatching Indiana State 70-58 on Saturday.

The program has unlocked another new achievement, garnering an opening-round bye at Arch Madness for the first time since joining the prestigious Missouri Valley Conference. Valpo flipped the script from Friday’s defeat with a convincing Saturday triumph, cementing the No. 6 seed for the upcoming league tournament. Head coach Matt Lottich’s program sustained its forward trajectory by continuing to earn a higher seed in the MVC Tournament with each passing season.

Sixth-seeded Valpo (10-17, 7-11) will take on third-seeded Missouri State in the quarterfinal round of the State Farm MVC Tournament on Friday at 8:08 p.m. CT in a game that will air on the MVC TV Network, which includes NBC Sports Chicago. The winner of that matchup will advance to Saturday’s second semifinal, which begins at 3:05 p.m. CT on CBS Sports Network. Tournament details and coverage links will be available on ValpoAthletics.com.