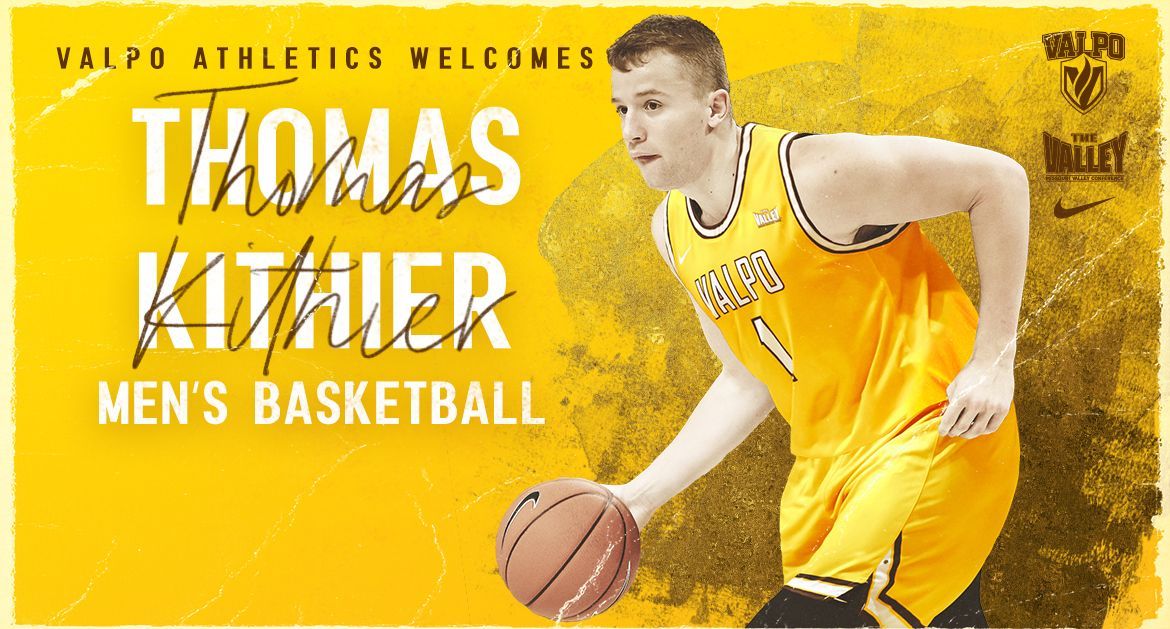 The 6-foot-8 forward spent the last three seasons at Michigan State, where he was a part of two NCAA Tournament appearances including a trip to the Final Four in 2018-19. Kithier shot at a 65 percent clip during the 2020-21 campaign and saw action in 86 games while making 19 starts over his three seasons for head coach Tom Izzo’s team.

“Valpo is the only school that had three separate zoom sessions with me, and that showed how much they wanted me,” Kithier said. “The Valpo coaching staff connected with me on a personal level, which played a factor in my decision. We had conversations about how they plan to use me, and I’m excited about the role I can take on in Valpo’s program.”

A member of back-to-back Big Ten championship teams during his time in East Lansing, Kithier comes to Valpo as a graduate transfer with two years of immediate eligibility. He is currently finishing his undergraduate degree in advertising in only three years and plans to pursue a master’s degree in either sports administration or sports media during his time in Northwest Indiana.

“Thomas brings a lot of experience to our team, which is something we wanted to add this offseason,” head coach Matt Lottich said. “We’ve known about Thomas for some time since we recruited him out of high school and he and his family visited our campus. He has had a great start to his career and is excited to take on a larger role in our program. He checks all the boxes from a leadership standpoint while bringing a high motor, strong rebounding ability and high skill level.”

“I’m a very versatile forward who can impact the game on both sides of the court,” Kithier said. “I’m an excellent communicator on defense and someone who is going to help lead the best I can. I’ve learned from great leaders like Coach Izzo at Michigan State and can’t wait to apply those skills at Valpo.”

Off the court, Kithier is a passionate Detroit Lions fan, can name every player on the Lions roster and enjoys bike riding.