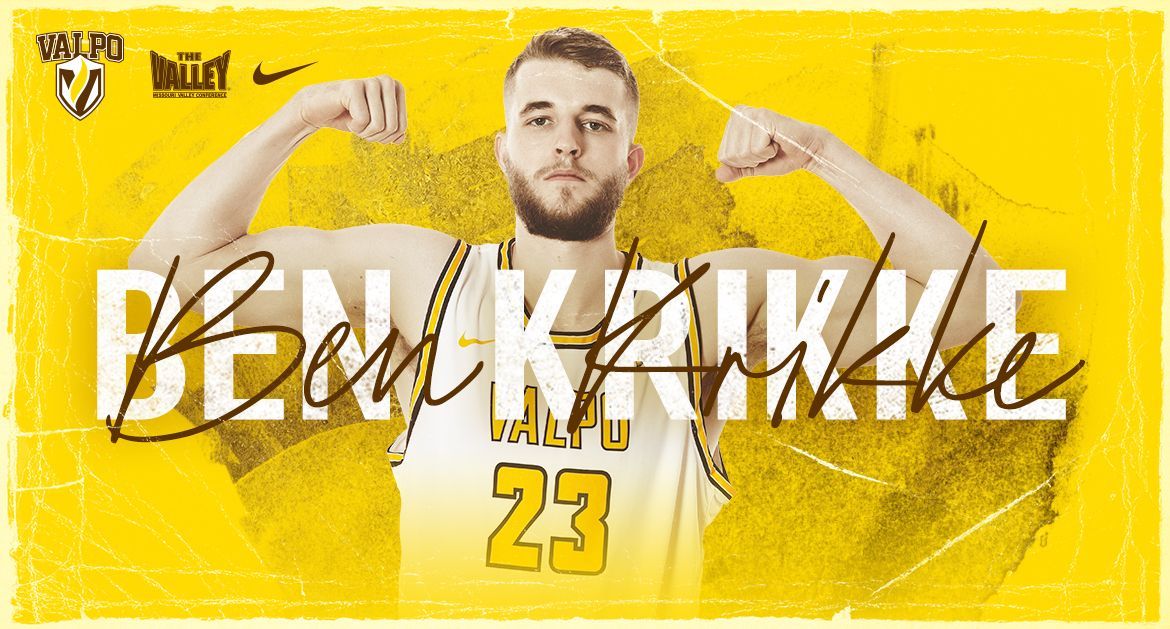 One of six honorees in District 5 spanning the states of Illinois, Indiana, Michigan and Ohio, Krikke boasts a 3.76 grade point average in business. The Valpo forward also earned Missouri Valley Conference Scholar-Athlete First Team, MVC Most-Improved Team and All-MVC Third Team this season, the only player in The Valley to receive all three of those honors.

Krikke was recognized in the MVC Scholar-Athlete Spotlight on Dec. 16. A member of Valpo’s Student-Athlete Advisory Committee (SAAC) and Fellowship of Christian Athletes (FCA), the Edmonton native has volunteered his time at Valpo’s Special Needs Basketball Camp and Valpo Basketball’s Annual Community Christmas Party as well as at the Boys & Girls Club of Northwest Indiana.

Krikke led the team in scoring both overall (12.3 ppg) and in conference-only action (13.1 ppg). The lone Valpo player to start all 28 games, Krikke made significant strides in 2020-21, boosting his scoring average by 5.6 points per game from the previous season. The sophomore is on pace to become a 1,000-point scorer as he enters the 2021-2022 campaign with 563 career points.

Krikke, who ranked eighth in the MVC in free-throw percentage and ninth in blocked shots, scored in double figures 21 times this season. His top statistical output of the year came on Jan. 24 at Illinois State, when he became just the third Valpo player in the last quarter century to record a 25-point, 15-rebound performance. The 25&15 game helped the sophomore forward garner MVC Player of the Week honors on Jan. 26.