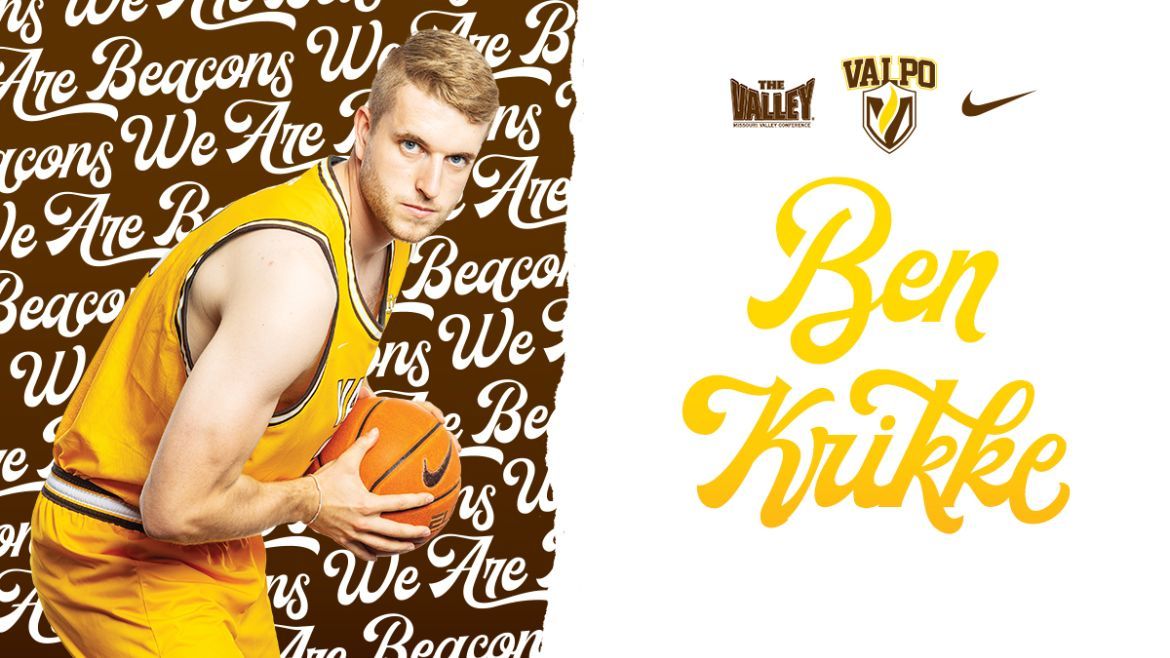 With basketball season right around the corner, the Missouri Valley Conference released its preseason poll and preseason all-conference teams on Wednesday.

Valpo junior Ben Krikke (Edmonton, Alberta, Canada / Jasper Place) was recognized on the Preseason All-MVC Second Team, while the Beacons were projected to finish seventh in the 10-team league based on a survey of Valley head coaches, media members and sports information directors.

Krikke led the team in scoring both overall (12.3 ppg) and in conference-only action (13.1 ppg) last season. The lone Valpo player to start all 28 games, Krikke made significant strides in 2020-21, boosting his scoring average by 5.6 points per game from the previous season. The junior is on pace to become a 1,000-point scorer as he enters the 2021-2022 campaign with 563 career points.

A season ago, the Valpo forward earned MVC Scholar-Athlete First Team, MVC Most-Improved Team and All-MVC Third Team laurels, the only player in The Valley to receive all three of those honors. He was also named a CoSIDA Academic All-District First Team choice.

Krikke, who ranked eighth in the MVC in free-throw percentage and ninth in blocked shots, scored in double figures 21 times last season. His top statistical output of the year came on Jan. 24 at Illinois State, when he became just the third Valpo player in the last quarter century to record a 25-point, 15-rebound performance. The 25&15 game helped the forward garner MVC Player of the Week honors on Jan. 26.

Drake was picked to win the league, with UNI’s AJ Green earning Preseason Player of the Year accolades. The Beacons will attempt to exceed preseason expectations for a third consecutive season. Last year, the squad finished tied for fifth in the league standings after being picked eighth in the preseason poll. Head coach Matt Lottich’s team has improved its regular-season finish and State Farm MVC Tournament seeding each year since joining The Valley prior to the 2017-18 campaign.

Team determined by panel of league SIDs, media, and coaches.