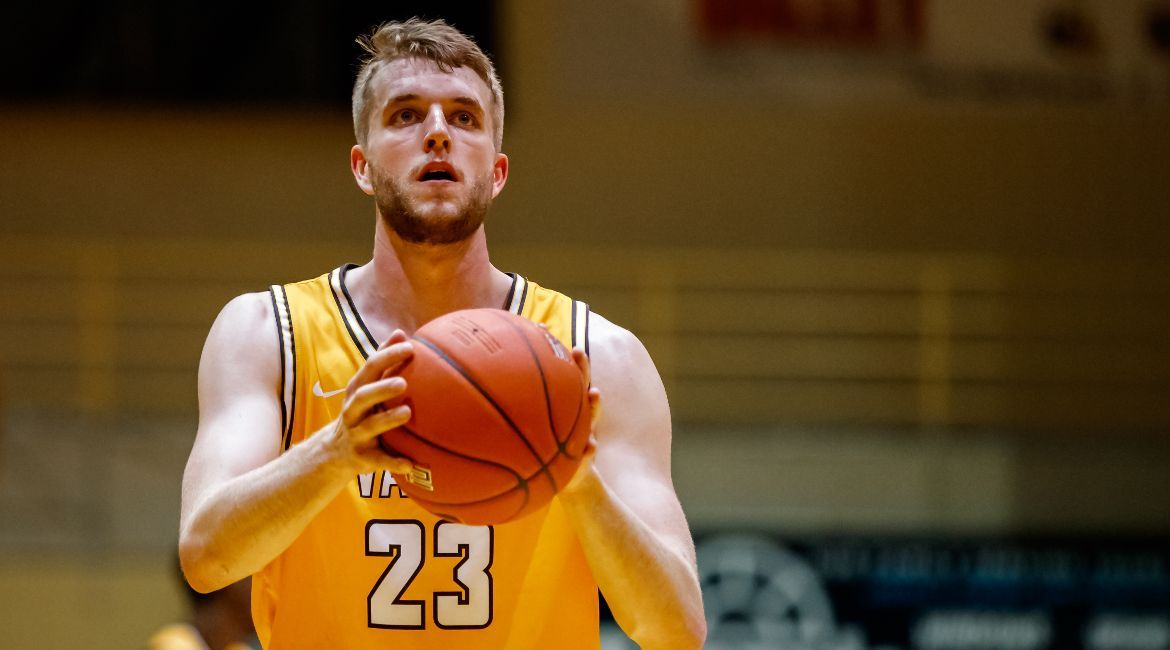 Ben Krikke (Edmonton, Alberta, Canada / Jasper Place) is back, and the Valparaiso University men’s basketball team is sure glad he is – that much was clear on Monday night in Nassau, The Bahamas.

After missing the first three games of the season with an injury, the team’s leading returning scorer didn’t miss a beat in the Beacons’ 78-70 victory over Jacksonville State to open the Nassau Championship, hosted at the Baha Mar Convention Center. He matched a career high with a 25-point performance and turned in a strong defensive showing to boot, leading a team effort that saw Valpo rally from down four at halftime with a 50-point second half.

The victory represented a stellar finish to a strange day. The game was delayed until 9:10 p.m. Eastern Time after being slated to tip off at 5:30 due to a water leak that made the game court unplayable. The end of the previous game (Drexel vs. Tulane) and the entire Valpo vs. Jacksonville State game were played on the Baha Mar practice court.

Valpo (1-3) will play Coastal Carolina in the semifinal round of the Nassau Championship at 7 p.m. CT / 8 p.m. ET on Tuesday. The game will be carried on FloHoops as long as the tournament is able to return to the main gym. The hometown radio call will be available on 95.1 FM Valparaiso, The TuneIn Radio app and ValpoAthletics.com.