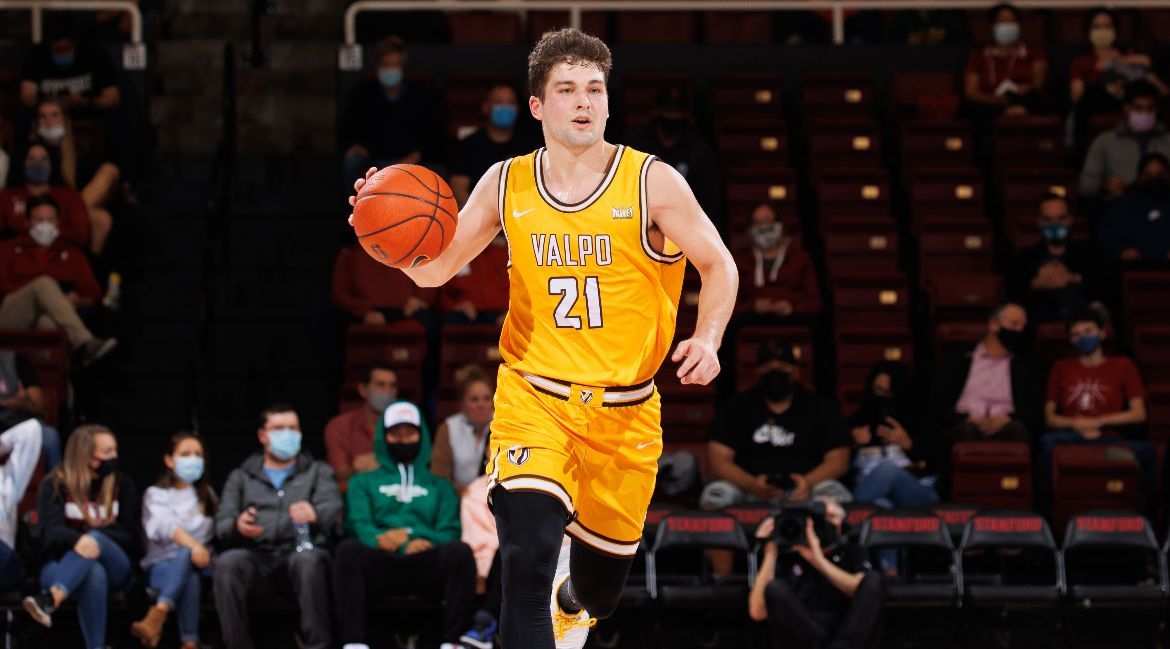 Next Up in Valpo Basketball: After a successful stay in The Bahamas that saw the Valparaiso University men’s basketball team finish third in a competitive eight-team field at the Nassau Championship, the Beacons will return to the Athletics-Recreation Center to host Trinity Christian College on Saturday night. Valpo will seek its third win in four games in the final tune-up before next week’s Missouri Valley Conference opener.

Last Time Out: The Beacons rallied from a 12-point second half deficit to top Tulane 68-64 on Wednesday in the third-place game of the Nassau Championship in Nassau, The Bahamas. Valpo opened the multi-team event with a 78-70 victory over Jacksonville State on Monday night before a 64-61 setback to Coastal Carolina in Tuesday’s semifinal. The Beacons bounced back less than 24 hours later, rallying past the Green Wave behind a career-high 23 points by Sheldon Edwards. Trevor Anderson had 13 points, eight rebounds and four assists on his golden birthday, while Thomas Kithier dished out a career-high five assists to go along with eight rebounds and eight points. Freshman Keyondre Young had an enormous four-point play late in the game for one of his two triples, and Eron Gordon made an impressive layup for the go-ahead shot in the final minute.

Head Coach Matt Lottich: Matt Lottich (85-82) is in his ninth season overall at Valparaiso University and sixth as the head coach of the men’s basketball program in 2021-2022. The 2020-2021 season saw Valpo improve its Arch Madness seeding for the fourth straight year as the program continued to make positive strides in each season as a Missouri Valley Conference member. The team earned a first-round bye in the State Farm MVC Tournament for the first time since joining the prestigious league. Valpo upset previously-undefeated Drake, the nation’s No. 25 team, 74-57 on Feb. 7, 2021 at the ARC, the fourth win over an AP Top 25 team in program history and second under Lottich. The Bulldogs were one of three undefeated teams in the nation prior to that setback, joining Gonzaga and Baylor. Just two years removed from finishing in last place and being knocked out in the first round of the Missouri Valley Conference Tournament as a first-year Valley member, Lottich’s team did more than hold its own in 2019-2020, ascending into a tie for sixth in the league standings before finishing as the conference tournament runner-up. Valpo became the first team in the history of Arch Madness to reach the title game after playing in the opening round. Lottich, hired as the 22nd head coach of the Valpo men’s basketball program in April 2016, graduated from Stanford University in 2004 and New Trier High School (Illinois) in 2000.

Series Notes: This will mark the fifth installment of an all-time series in which Valpo holds a perfect 4-0 mark, all at the ARC. Most recently, the hosts prevailed 98-71 on Nov. 27, 2019. The closest matchup came in 2016, a 14-point win for the Beacons. The most lopsided version of Valpo vs. Trinity Christian was an 83-46 contest in 2017.

A Hawkins Homecoming: Trinity Christian head coach Jason Hawkins played at Valpo for three seasons from 2000-2003. Valpo won regular season conference titles in each of those years, reaching the NCAA Tournament in 2002 and the NIT in 2003. He earned his undergraduate degree in history from Valpo in 2003. Current Valpo assistants Matt Bowen and Luke Gore were on staff during Hawkins’ playing career. Hawkins then joined the staff as the Director of Basketball Operations for the 2003-04 season. The Gary, Indiana native and Bishop Noll High School graduate later returned to Valpo as an assistant coach in 2006. Hawkins has a deep history of coaching in Northwest Indiana, as he has spent time as the Athletic Director at Lake Station and previously coached, taught and was an assistant athletic director at Marquette Catholic in Michigan City. He was the head men’s basketball coach at IU Northwest from 2011-2014 and the head coach at Calumet College of St. Joseph from 2004-2006.