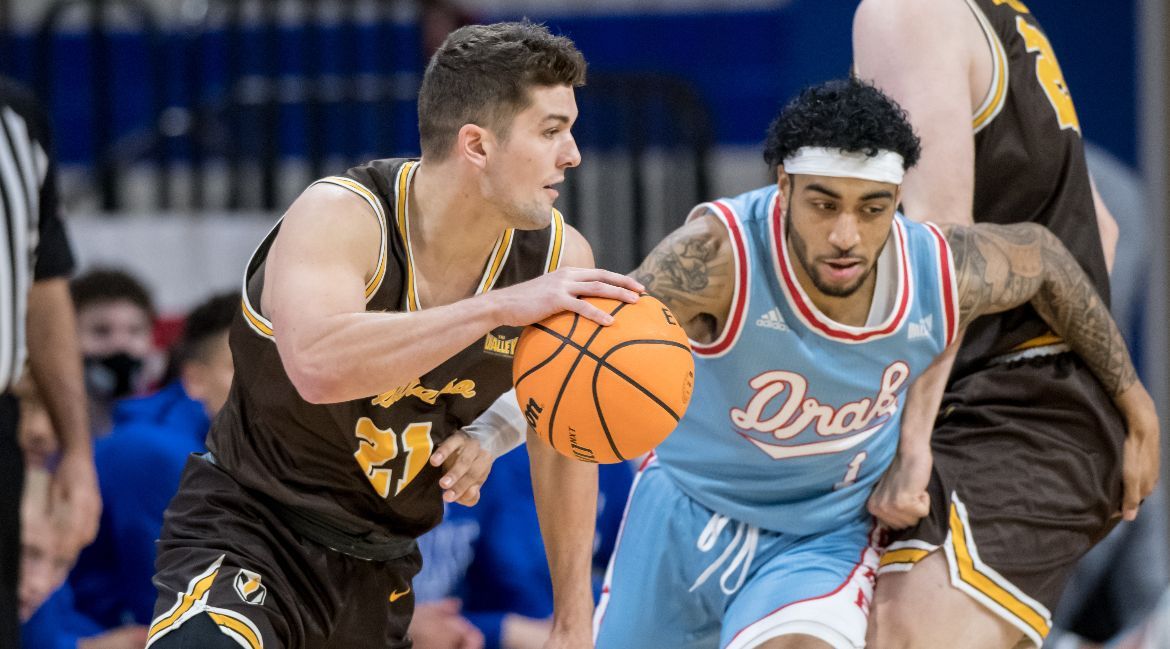 Next Up in Valpo Basketball: The Valparaiso University men’s basketball team will play its final road game of the calendar year on Sunday as the Beacons make their way to Kalamazoo for the resumption of nonconference action against Western Michigan. After the short trip back to Valpo following this showdown, the Beacons can unpack their suitcases as this will mark the final road game until Jan. 5. This represents the middle matchup of a busy stretch that features three games in six days.

Last Time Out: The Missouri Valley Conference held conference openers across the league this week, a change to the previous scheduling format to create a nonconference scheduling opportunity in the first window after Christmas. Valpo started league action with a 73-66 road loss to MVC preseason favorite Drake on Thursday. The Beacons outscored the Bulldogs 34-33 after halftime but an eight-point halftime lead held up for the hosts, who used a key 11-1 burst from the 16:30 mark to the 13:20 mark of the first half. Valpo trailed by 11 with 1:27 remaining in the game, but managed to claw to within four and had the ball with a chance to trim the lead to one possession with 47 seconds on the clock, but a Drake steal and subsequent free throws sealed the deal.

Head Coach Matt Lottich: Matt Lottich (86-83) is in his ninth season overall at Valparaiso University and sixth as the head coach of the men’s basketball program in 2021-2022. The 2020-2021 season saw Valpo improve its Arch Madness seeding for the fourth straight year as the program continued to make positive strides in each season as a Missouri Valley Conference member. The team earned a first-round bye in the State Farm MVC Tournament for the first time since joining the prestigious league. Valpo upset previously-undefeated Drake, the nation’s No. 25 team, 74-57 on Feb. 7, 2021 at the ARC, the fourth win over an AP Top 25 team in program history and second under Lottich. The Bulldogs were one of three undefeated teams in the nation prior to that setback, joining Gonzaga and Baylor. Just two years removed from finishing in last place and being knocked out in the first round of the Missouri Valley Conference Tournament as a first-year Valley member, Lottich’s team did more than hold its own in 2019-2020, ascending into a tie for sixth in the league standings before finishing as the conference tournament runner-up. Valpo became the first team in the history of Arch Madness to reach the title game after playing in the opening round. Lottich, hired as the 22nd head coach of the Valpo men’s basketball program in April 2016, graduated from Stanford University in 2004 and New Trier High School (Illinois) in 2000.

Home-Heavy Stretch on the Horizon: Sunday’s game at Western Michigan will mark the final contest in a seven-game stretch where Valpo has played six games away from the Athletics-Recreation Center (three road, three neutral site). This stretch will give way to a home-heavy month where the Beacons will be in front of their home fans for six straight contests. Valpo will go a full month between road games from Dec. 5 to Jan. 5. From Dec. 5 to Jan. 21, the Beacons will spend just one night in a hotel (Jan. 4 at UNI). This is Valpo’s first homestand longer than four games since a five gamer from Nov. 25 to Dec. 12, 2003. This homestand will be Valpo’s longest since Jan. 21 to Feb. 6, 1994, a stretch of six straight at home against Eastern Illinois, Oral Roberts, Buffalo, Youngstown State, UMKC and Western Illinois.

Series Notes: Valpo and Western Michigan have matched up 67 times over the years, but this series has been on hold since 2007-2008. The most recent matchup saw Valpo best the Broncos 77-65 on Nov. 27, 2007 at the ARC. This will represent Valpo’s first trip to Kalamazoo since an 89-80 overtime defeat on Feb. 17, 2007. Western Michigan owns a 38-29 edge in an all-time series that began in 1920-21. This will be Valpo’s second of three games against Mid-American Conference opponents this season after falling to Toledo on Nov. 9 and in advance of hosting Eastern Michigan on Dec. 20. Valpo has dropped seven straight road matchups between the two teams with the team’s most recent win in Kalamazoo coming on Dec. 20, 1958, a 90-65 triumph.

Early Opener: When Valpo tipped off conference action on Dec. 2 at Drake, that marked the earliest the program has started conference competition since Dec. 2, 2010, when the team began Horizon League play with a 68-66 overtime victory at UIC. This year’s league opener snapped a streak of Valpo opening Missouri Valley Conference play at home in three straight seasons. Valpo fell to 1-4 in league lidlifters since joining The Valley and 2-5 in conference openers under Matt Lottich. The early opener came a year after Valpo tipped off league play on Jan. 9 vs. Missouri State, the team’s latest start to the conference docket since 2003. Valpo had won its first league road game in each of the last three seasons before this year’s setback. The team won at Missouri State in 2019, at Evansville in 2020 and at Illinois State in 2021.