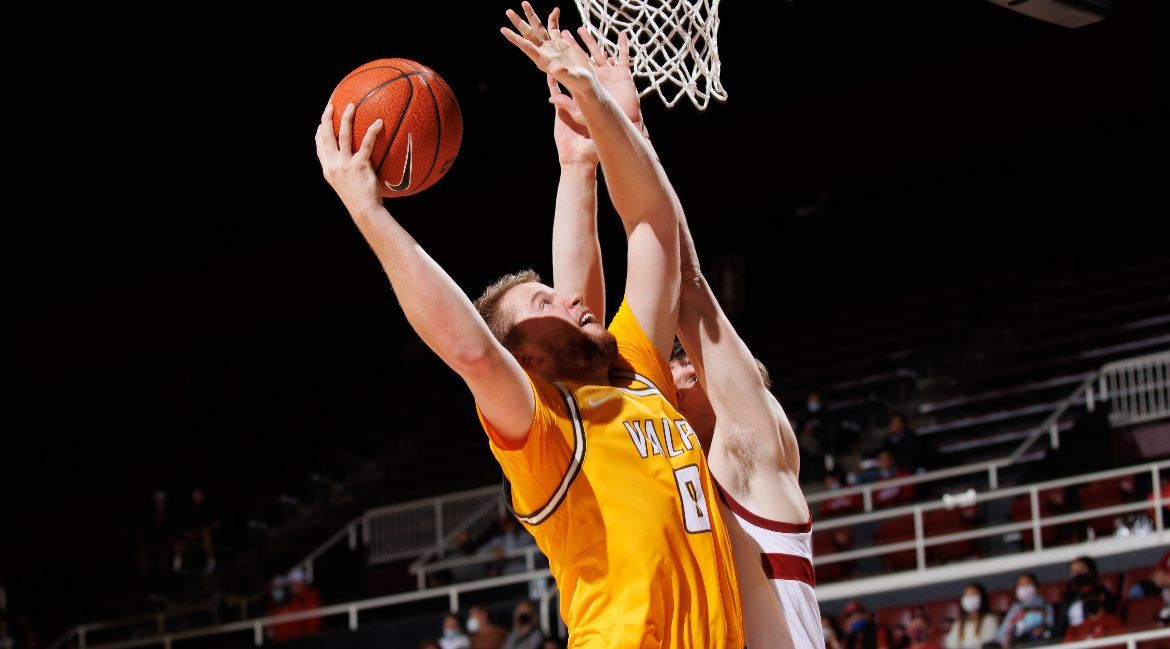 Thomas Kithier had a game-high 19 points in his home state on Sunday.
Valparaiso at Western Mich. | December 05, 2021

When the Valparaiso University men’s basketball team begins the program’s longest homestand since 1994 on Tuesday, it will do so with positive momentum on its side after the Beacons closed a travel-heavy stretch with a solid 71-60 victory at Western Michigan on Sunday afternoon at University Arena in Kalamazoo. Thomas Kithier (Macomb, Mich. / Clarkston [Michigan State]) racked up a game-high 19 points on 8-of-11 shooting to lead the way in a game played in his home state.

Valpo (4-5) will host six straight games at the Athletics-Recreation Center as Sunday’s visit to Kalamazoo marked the team’s final road date until Jan. 5. The homestand begins on Tuesday night at 6 p.m. against East West, a game that will see Kobe King (La Crosse, Wis. / La Crosse Central [Wisconsin]) make his Valpo debut after he sat out the first nine contests before becoming eligible.  For ticket information, visit valpoathletics.com/tickets.