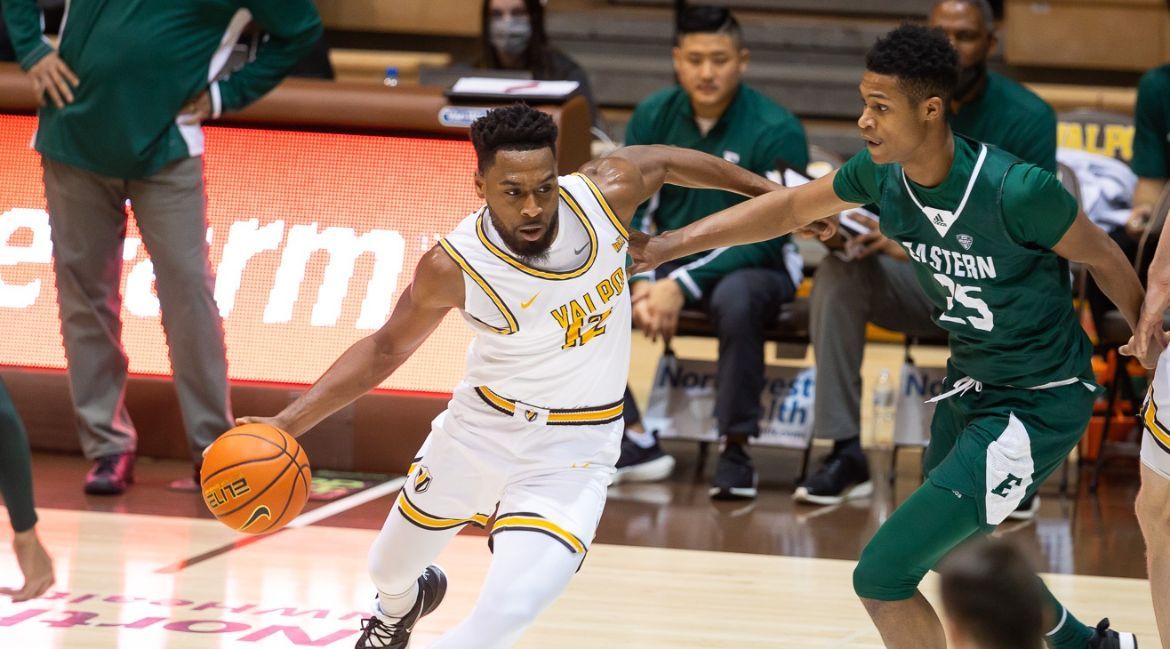 Everything clicked over the final 12 minutes for the Valparaiso University men’s basketball team.

The Beacons dug out of a double-figure hole on their way to enjoying a double-figure cushion by the end of a come-from-behind 67-55 victory over Eastern Michigan on Monday night at the Athletics-Recreation Center. Kevion Taylor (Milwaukee, Wis. / Whitnall [Winona State]) knocked down five of his seven second-half shots including four 3s to help the Beacons outscore the Eagles 41-27 after the break.

Valpo (6-6) will face a quick turnaround as William & Mary will be in town for a noon tipoff on Wednesday. It will be Community Day at the Athletics-Recreation Center with a Christmas celebration including pictures with Santa. Admission is free for those 18 and under and all tickets are $5 for adults. For ticket information, visit www.valpoathletics.com/tickets. Spectators are required to wear masks at all home Valpo athletic events until further notice.