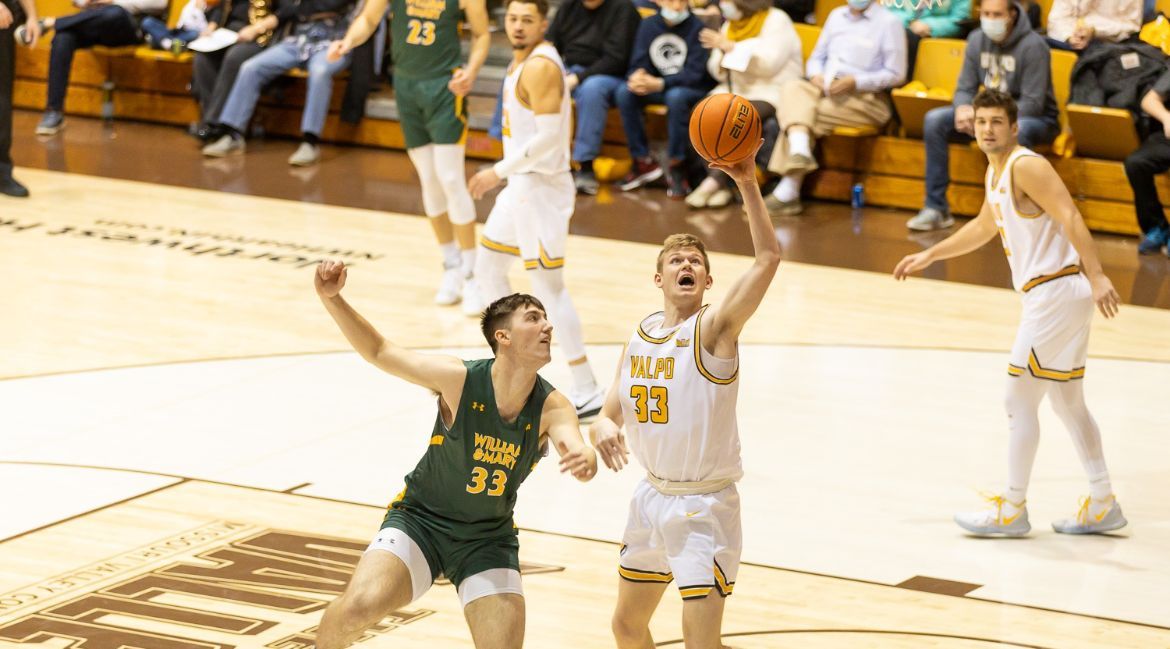 A lights-out shooting performance and a dominant showing from start to finish helped the Valparaiso University men’s basketball team cruise to an 88-66 victory over William & Mary on Wednesday afternoon at the Athletics-Recreation Center. The Beacons shot 57.6 percent to make the holiday festivities a little merrier during the department’s Christmas at the ARC event.

Valpo (7-6) will enjoy a few days off for the Christmas holiday before returning to action on Tuesday, Dec. 28 vs. Prairie View A&M at the Athletics-Recreation Center. For ticket information, visit www.valpoathletics.com/tickets. Spectators are required to wear masks at all home Valpo athletic events until further notice.