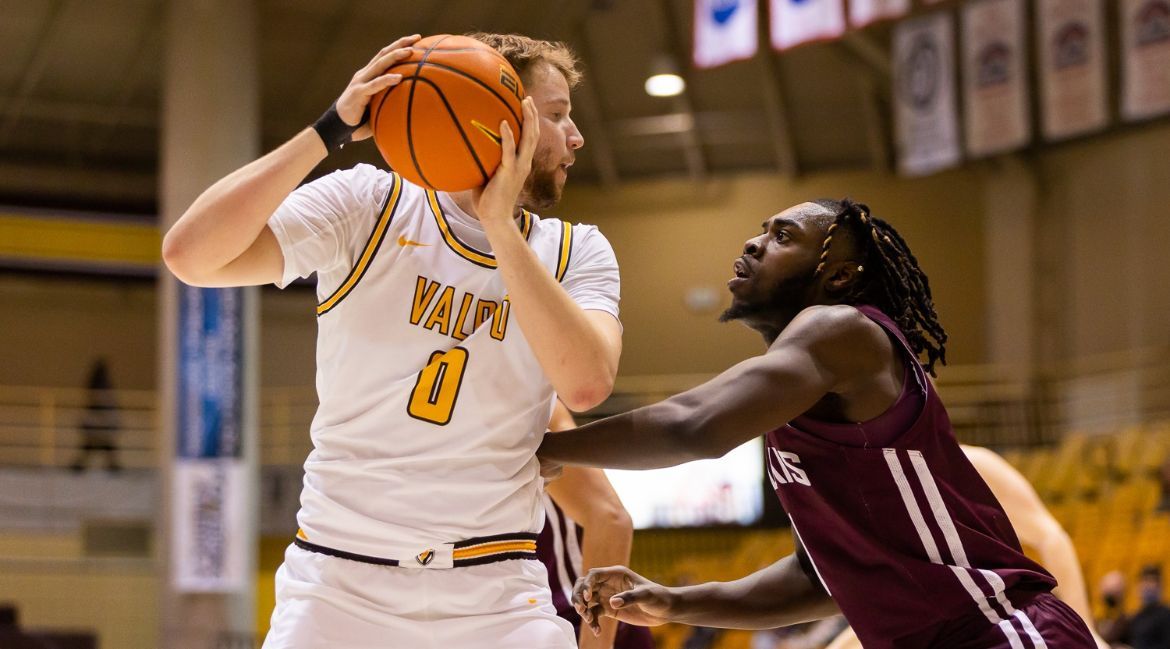 Thomas Kithier had a double-double in his first game back after being sidelined for two games due to COVID-19 health and safety protocols.
Southern Ill. at Valparaiso | January 08, 2022
Related Links
Related Links

The Valparaiso University men’s basketball team battled back from a 16-point deficit with 8:08 remaining to get to within two with 1:22 to go, but the Beacons could not get over the final hump in a 63-60 setback to visiting Southern Illinois on Saturday night at the Athletics-Recreation Center. Kobe King (La Crosse, Wis. / La Crosse Central [Wisconsin]) scored 13 second-half points including eight in the final four minutes, but Valpo went 0-for-5 from the field in the final 40 seconds, misfiring on a string of shots that would have tied the game or given the hosts the lead.

Valpo (8-8, 1-3) will visit Loyola for an 8 p.m. tip at Gentile Arena on Chicago’s north side on Tuesday night. The game will be televised nationally on CBS Sports Network. The hometown radio call will be available on the Valpo Sports Network with links to live coverage found on ValpoAthletics.com.