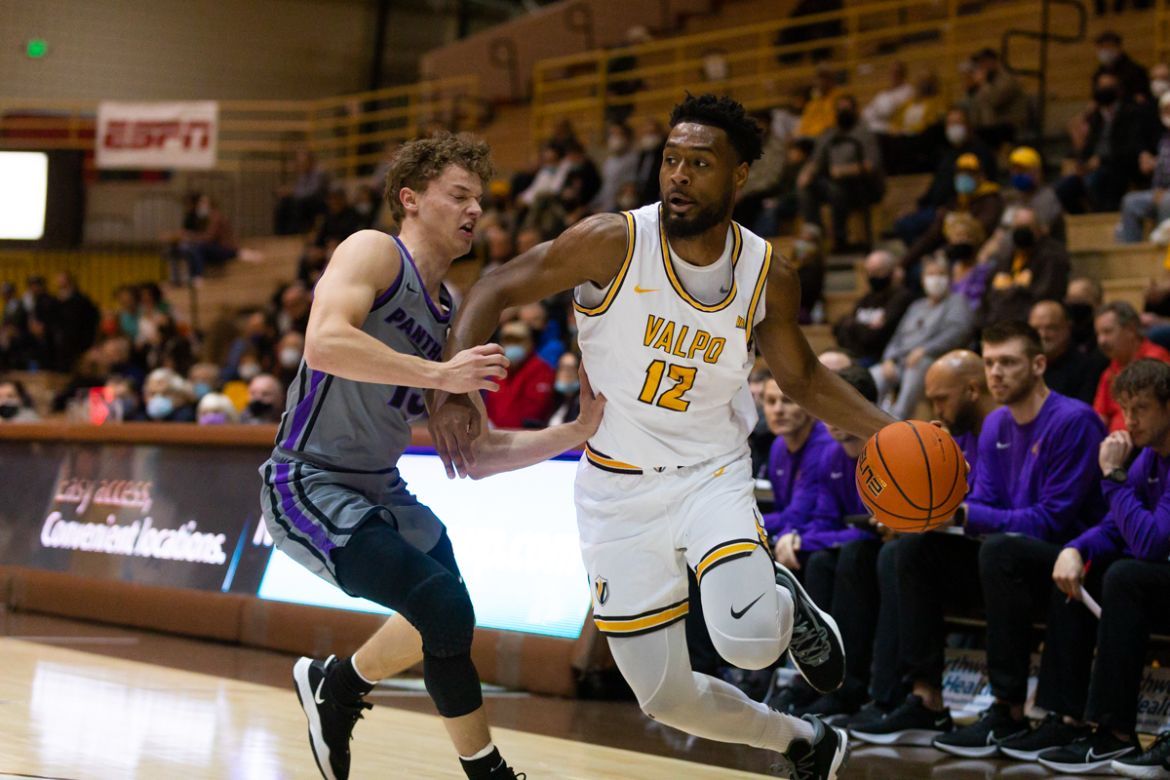 When the Valparaiso University men’s basketball team stepped off an emotional rollercoaster of a game on Wednesday night at the Athletics-Recreation Center, stress had given way to satisfaction.

Head coach Matt Lottich and his team took a moment to soak up yet another Missouri Valley Conference battle — one that saw the Beacons hold off visiting UNI 83-80 in overtime to return to the win column. The result marked a significant turnaround from the first matchup with a Panthers team that is in the league’s upper echelon as Valpo reversed the result of a one-sided setback in Cedar Falls.

Valpo (9-10, 2-5 MVC) will look to make it consecutive victories on Saturday at noon at Indiana State in Terre Haute, Ind. The game will be broadcast on ESPN+ and on the Valpo Sports Network (95.1 FM Valparaiso, WVUR, ValpoAthletics.com and the TuneIn Radio app).