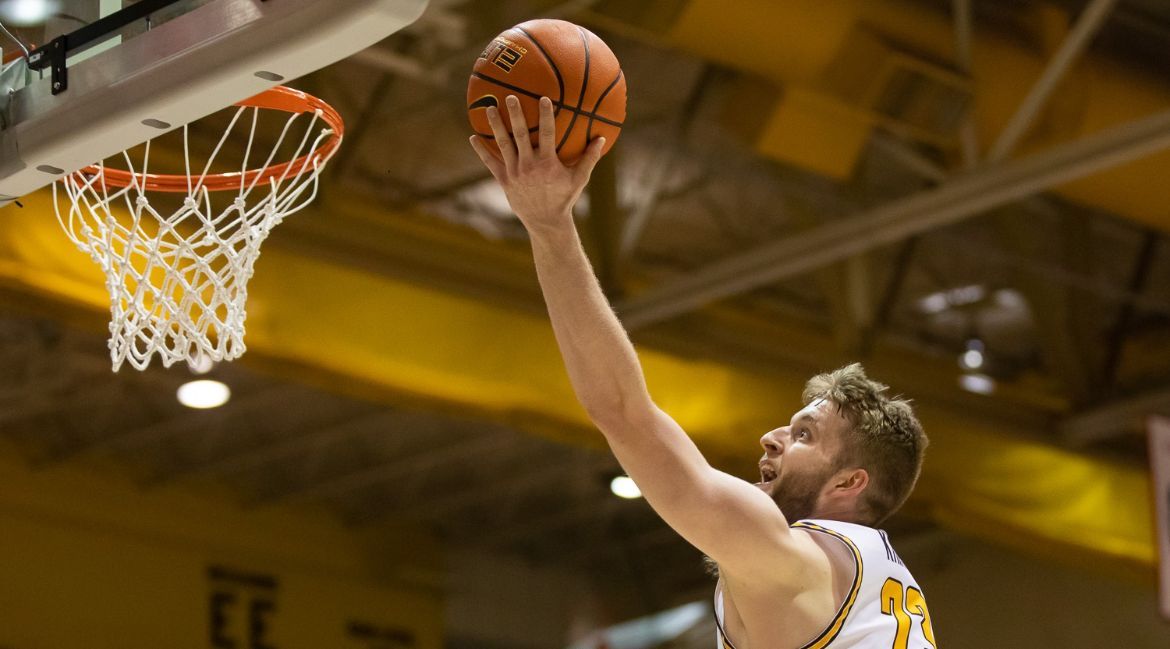 Junior Ben Krikke (Edmonton, Alberta, Canada / Jasper Place) turned in a strong performance, but the Valparaiso University men’s basketball team fell 71-56 to Bradley on Wednesday night at the Athletics-Recreation Center. The Beacons and Braves played even in the second half, but Valpo was unable to bite into a 15-point halftime hole. The hosts were without starting center Thomas Kithier (Macomb, Mich. / Clarkston [Michigan State]), who was sidelined by a back injury, while starting guard Trevor Anderson (Stevens Point, Wis. / SPASH [Wisconsin]) was limited to 14 minutes before leaving with a back injury of his own.

Valpo (10-11, 3-6 MVC) will hit the road to visit Southern Illinois on Sunday at 4 p.m. in Carbondale, Ill. The game will air on ESPN+ and the Valpo Sports Network (95.1 FM, the TuneIn Radio app and ValpoAthletics.com). Note that the game was pushed back one day from the date on the original schedule.