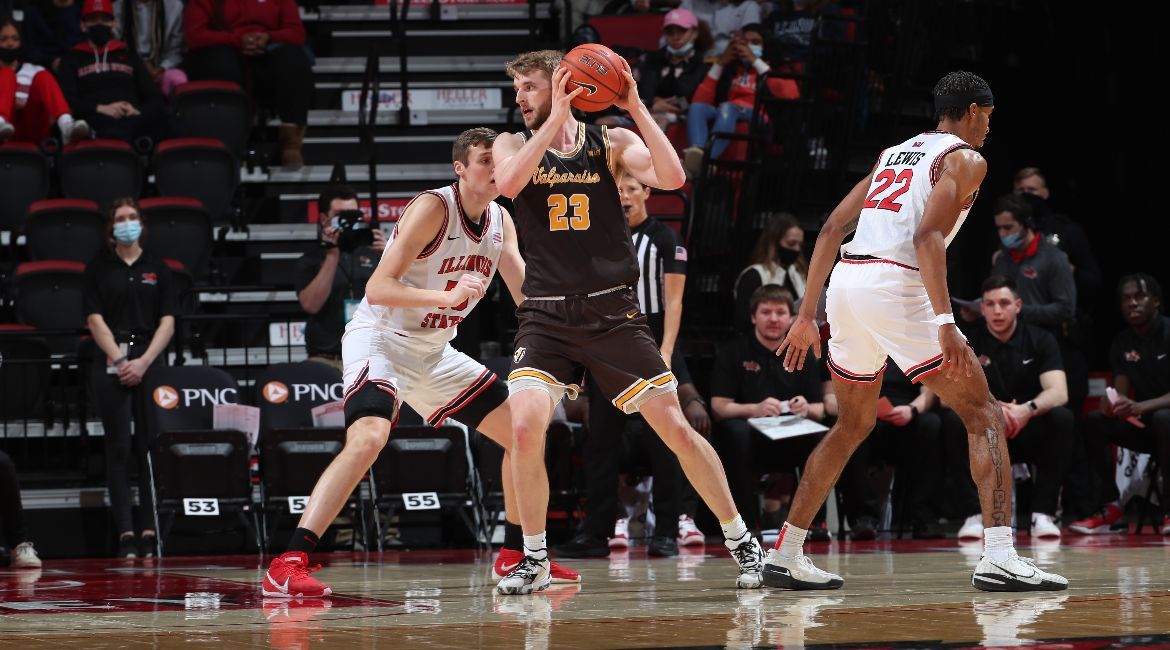 Ben Krikke was one of four Beacons in double figures on Wednesday.
Valparaiso at Illinois St. | February 09, 2022

With the Valparaiso University men’s basketball team facing Illinois State on Wednesday night at Redbird Arena in Normal, Ill., they might as well have bypassed the first 40 minutes and just put five minutes on the clock.

The two teams that entered the day already tied for the national lead in overtime games competed in their sixth OT contest of the year as the host Redbirds overcame a sizable second-half deficit to pull out a 78-75 win. Valpo was led by Kevion Taylor (Milwaukee, Wis. / Whitnall [Winona State]), who poured in a season-high 26 points on a night where the Redbirds snapped Valpo’s long winning streak in the head-to-head series.

Valpo (11-13, 4-8 MVC) will continue a travel-heavy week with a Saturday game against Missouri State in Springfield, Mo. The game will tip at 3 p.m. and will air on the MVC TV Network, which includes NBC Sports Chicago.