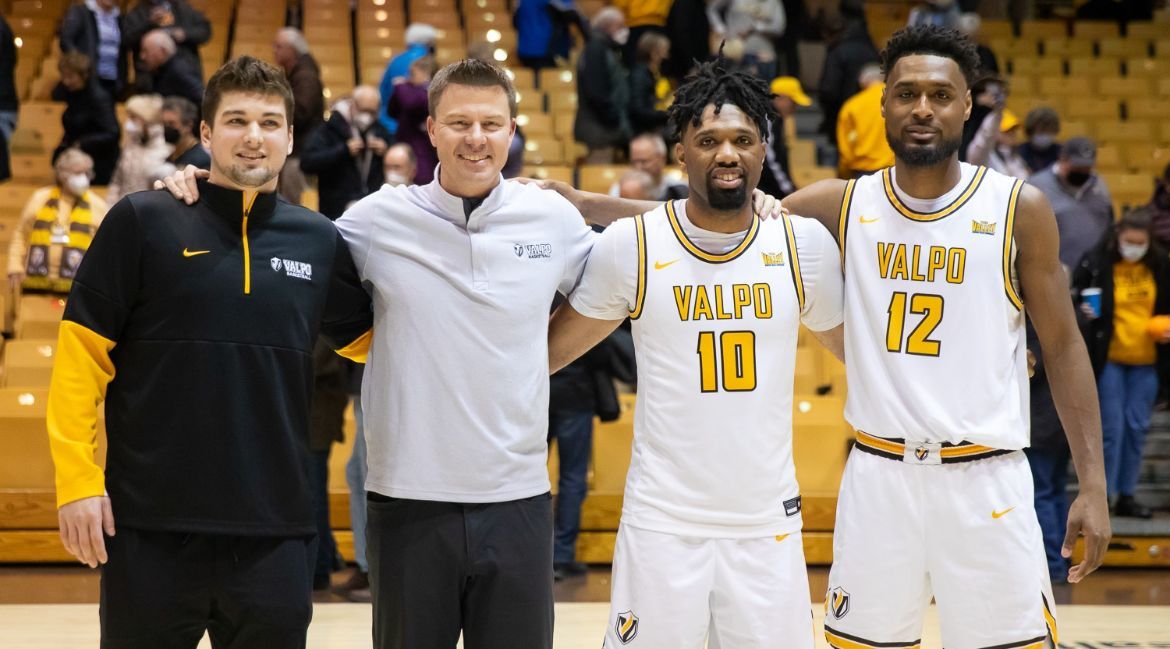 That’s the list of players in the history of the Valparaiso University men’s basketball program who have scored their 2,000th collegiate point in a Valpo uniform. Taylor, who scored the bulk of those points in four seasons at Winona State before joining Valpo’s program as a graduate transfer, fittingly achieved the feat in his final collegiate home game, a 71-65 Senior Night loss to visiting Drake.

Valpo (13-16, 6-11 MVC) will close the regular-season on Saturday night at 7 p.m. at Bradley in Peoria, Ill. Regardless of Saturday’s outcome, Valpo is locked into the No. 7 seed in next week’s