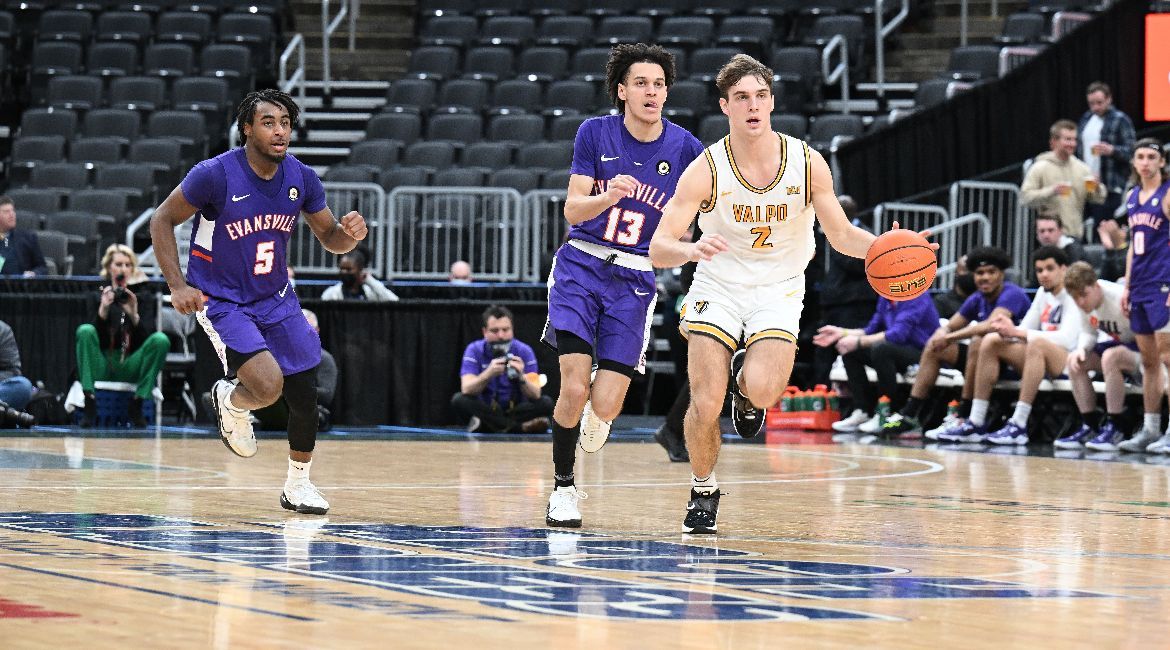 Preston Ruedinger had a career high in scoring before the first media timeout on Thursday.
Evansville at Valparaiso | March 03, 2022
Related Links
Related Links

Ruedinger achieved a career high in scoring in the first five minutes of the game and reached double figures by the first half’s midway mark, providing an early spark that helped the Beacons establish the tone in an 81-59 victory over Evansville in the opening round of Arch Madness, the annual State Farm Missouri Valley Conference Tournament in St. Louis. His early burst started an opening half where the Valpo offense clicked on all cylinders on a night where the Beacons utilized a team effort to extend their St. Louis stay and earn a date with second-seeded Missouri State on Friday evening.

Valpo (14-17) will meet Missouri State on Friday at 6 p.m. in the quarterfinal round of the State Farm MVC Tournament. The game will air on the MVC TV Network, including NBC Sports Chicago Plus. Links to live video, audio and stats will be available on ValpoAthletics.com.