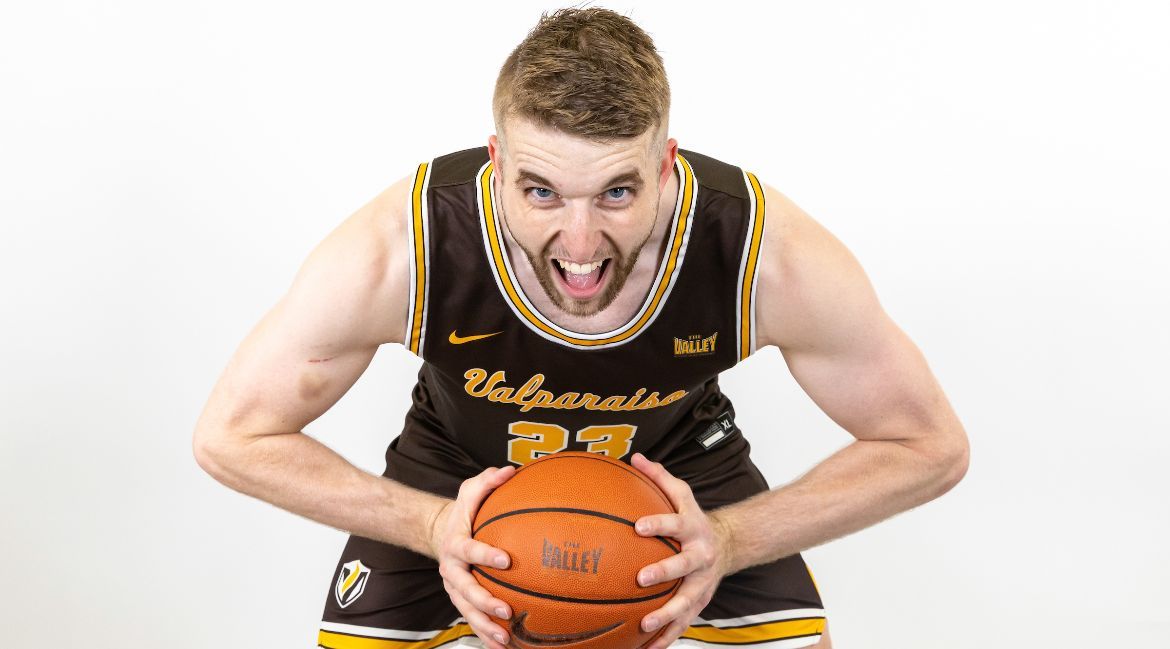 Ben Krikke is among the national leaders in made field goals this season.
Valparaiso at Belmont | December 01, 2022
Related Links
Related Links

Next Up in Valpo Basketball: The Valparaiso University men’s basketball team will open Missouri Valley Conference play on Thursday night, the first of back-to-back early December league contests before finishing out the nonconference slate with four more dates. The Beacons will serve as the league welcoming committee by providing the opposition for Belmont’s first ever MVC contest after the Bruins transitioned from the Ohio Valley Conference on July 1. Thursday’s league lidlifter in Nashville will be televised nationally on ESPNU.

Last Time Out: Valpo split a pair of games at this past weekend’s Hostilo Community Classic in Savannah, Ga., rebounding from a 61-50 setback vs. South Dakota State to beat James Madison 81-79 in overtime on Sunday afternoon. Nick Edwards drove to the basket for a game-winning shot in the closing ticks of OT to help the Beacons best a James Madison team that entered the game at 6-1. The Brown & Gold overcame exorbitant foul trouble to come away victorious with Ben Krikke’s 23 points leading the way.

Head Coach Matt Lottich: Matt Lottich (100-100) is in his seventh season as the head coach of the men’s basketball program in 2022-2023. Twice during his tenure, Valpo has upset Top-25 opponents, defeating Drake and Rhode Island at the ARC. Valpo has four wins over AP Top 25 teams in program history, and two have come under Lottich. In 2019-2020, Valpo became the first team in the history of Arch Madness, the annual Missouri Valley Conference Tournament in St. Louis, to reach the title game after playing in the opening round by winning three games in three days. Lottich, hired as the 22nd head coach of the Valpo men’s basketball program in April 2016, graduated from Stanford University in 2004 and New Trier High School (Illinois) in 2000.

Series Notes: This marks the continuation of a head-to-head series that began in 1997-1998. Valpo owns a 9-2 advantage in 11 all-time matchups. The two teams played a rare nonconference home-and-home within the same season in 2015-16, when Valpo won 61-57 at the ARC and lost 85-81 in Nashville. Valpo owns a 3-2 edge in games played at Belmont but the Bruins have won their last two home games in the series.

Bayu Back in Action