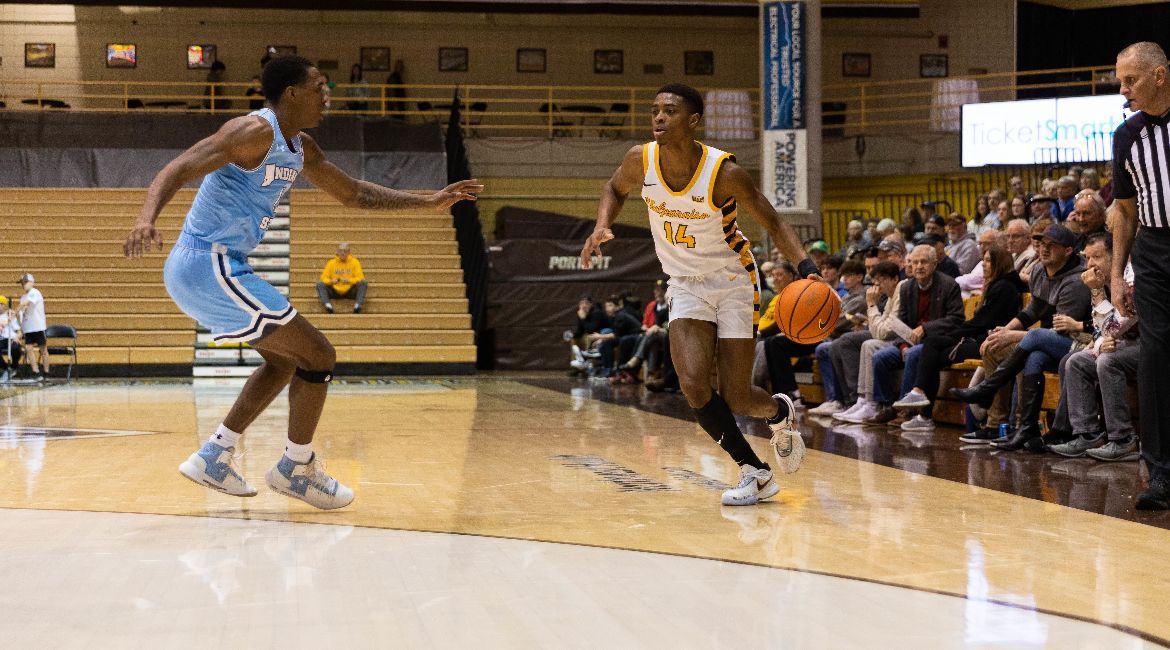 After shooting lights out to help the Valparaiso University men’s basketball team to a 71-51 victory at Illinois State on Saturday night, Quinton Green (Columbus, Ohio / Homeschool [Cedarville]) was tabbed Missouri Valley Conference Newcomer of the Week on Monday.

Green averaged 17.5 points and 5.0 rebounds per game during the week, helping the Beacons to back-to-back double-figure victories over UIC and Illinois State, stretching the program’s longest winning streak of the season to three games.

Green shot 61.1 percent from the field (11-of-18) and 57.1 percent from the 3-point arc (8-of-14) over the two contests. He went 9-of-11 from the field and 6-of-8 from 3 in Saturday’s 20-point triumph in Normal, helping Valpo enjoy its largest margin of victory in a regular season Missouri Valley Conference game since joining the league. He became the third Valpo player to shoot 80 percent or better from the field with 10 or more field-goal attempts in a game against a Division-I opponent since the start of the 2015-16 season.

Green scored a season-high 26 points against the Redbirds thanks in part to the career-high six made 3s, the most triples in a game by a Valpo player since February 2020 (Mileek McMillan at Drake). In Tuesday’s home win over UIC, Green garnered nine points and a team-high seven rebounds.

Green, who spent the first five years of his collegiate career at Cedarville, is averaging 11.4 points per game and has 51 made 3-pointers this season. This marks Valpo’s first weekly award since Thomas Kithier was named MVC Newcomer of the Week on Nov. 15, 2021.

The Beacons will shoot for a fourth straight win on Wednesday at 7 p.m. at UNI in Cedar Falls, Iowa. The game will be broadcast on ESPN+.