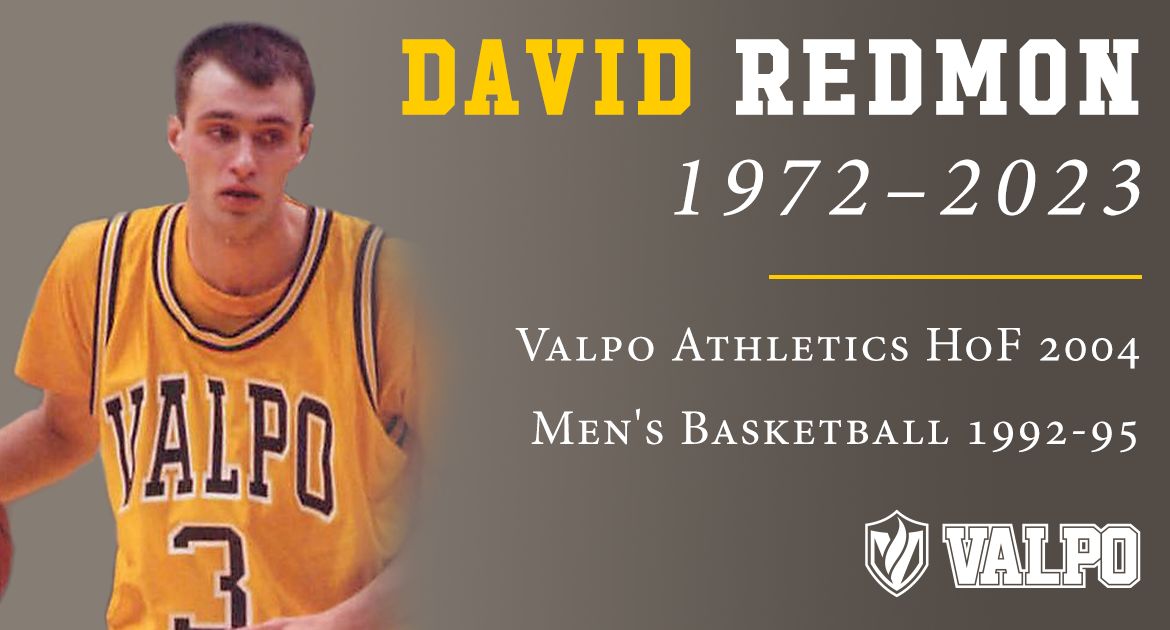 A graduate of Valparaiso H.S., Redmon returned to his hometown after playing as a freshman at Little Rock and joined with fellow hometown hero Casey Schmidt to build Valpo Basketball into a force to be reckoned with. In Redmon’s three years on the court for Valpo, the program won 52 games after winning just 14 games total the previous three seasons. He helped lead Valpo to its first 20-win season in nearly three decades in 1993-94, followed by another 20-win campaign and the program’s first Mid-Continent Conference regular season and tournament championships in 1994-95.

“Dave was full of kindness; his personality made us all relax and laugh,” Schmidt said. “He was a great teammate, true friend and just a great guy. On the court, he was a fierce competitor, and boy he could sling it from deep. He brought smiles and excitement to Valpo basketball fans for many years. Dave is a Valpo legend at Valparaiso High School, at the ARC, at the YMCA and at Tower Park. Looking back, I am so grateful that the three of us friends – myself, Dave and Rob (Cavanaugh) were able to play at VHS together then made the decision to play at Valparaiso University for Homer (Drew). We will all remember Redmon from Deep.”

Redmon was named Mid-Con Player of the Year in 1994-95 — the first Valpo men’s basketball player to claim the conference’s top honor. He was a member of the Mid-Con All-Newcomer Team in 1992-93 and was a First Team All-Conference selection each of his final two seasons. Redmon also picked up All-Tournament Team honors as a senior.

Redmon closed his time at Valpo fifth on the career scoring chart with 1,470 points despite playing just three seasons for the Brown and Gold and still ranks 11th on the all-time scoring list. He also is sixth in program history in points per game, seventh in 3-pointers made and seventh in free throw percentage.

Memorial gathering details and other information can be found here.