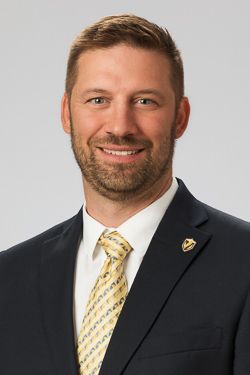 Luke Gore is entering his 20th year with the Valpo basketball program and his sixth season in his current role as associate head coach in 2021-2022. Gore has helped guide the team to eight postseason berths in the last 11 years, as well as the three winningest seasons in program history.

Gore leads the staff’s scouting efforts and coordinates the team’s defense. His defense has been in the top five in conference defensive efficiency according to Ken Pom in 10 of the last 11 years and ranked first in four of those years, most recently 2019. Gore's defense ranked eighth nationally in 2016 and 45th in 2015. Over his first 19 years, Gore has guided numerous all-conference players and players who have gone on to professional basketball careers. Gore is also responsible for the program’s scheduling of future games.