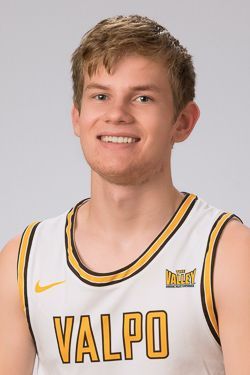 2020-21: Saw action in five games in his first season as a walk-on… Made his collegiate debut on Dec. 6 vs. Judson, going 2-for-2 at the free-throw line while also recording his first career rebound and steal… Grabbed another rebound on Dec. 9 vs. SIUE… Also saw action on Feb. 10 vs. Bradley, Feb. 13 at UNI and Feb. 27 vs. Indiana State.

Prep: Starter at Buffalo Grove, where he helped his team to a conference championship and a 24-win season… Shot 50 percent from the field as a senior… Played basketball, baseball and golf in all four years of high school… Helped his team to a sectional title in baseball during his sophomore season… Honor roll student... Won his school's Trustworthy Award as a senior... Favorite high school basketball memory is guarding a five-star recruit while helping his team to a victory over Rowling Meadows in front of a large crowd in a battle of undefeated teams during his senior year.