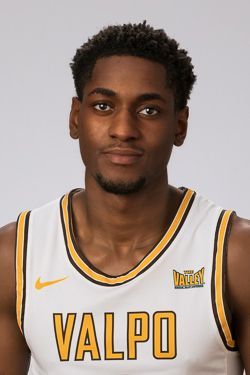 2018-19 (Taylor Made Prep, Kansas State): Following his four-year high school career, spent postgraduate time at Taylor Made Prep in Pensacola, Fla… Averaged 15.6 points, 5.6 rebounds and 4.2 assists at Taylor Made… Was rated among the Top 100 shooting guards (No. 71) in the country and was the No. 27 prospect in Florida, according to 247Sports.com… Joined the Kansas State program at the semester break, and sat out the remainder of the season.

Prep: Was a four-year letter winner at North High School in St. Paul, leading his team to a 22-5 overall mark and 15-1 conference record as a senior…. Averaged a team-best 18.2 points per game over 19 contests during the 2017-18 campaign, his senior year. He surpassed 20 points on nine occasions… During his sophomore season, North made its first trip to the Class 4A State Tournament in 17 years and finished with a 24-6 mark... Played for head coach Damian Johnson, who played collegiately at the University of Minnesota before going on to a professional basketball career from 2010-2016. Johnson was teammates with Valpo head coach Matt Lottich in Japan when both played for the Oita Heat Devils in 2010-2011.

Personal: Son of Charity and Letom… Has a sister, Peace, and three brothers, Confidence, Bright and Wisdom… Majoring in psychology... His first name comes from his parents' belief that he could bring something good into the world... Never plays video games.