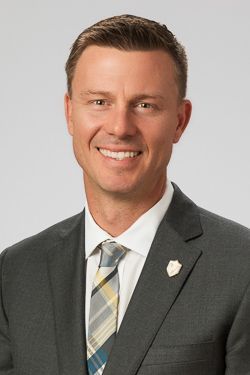 Matt Lottich enters his ninth season overall at Valparaiso University and sixth as the head coach of the men’s basketball program in 2021-2022. He owns an 83-78 record over his first five seasons as head coach.

During the 2019-2020 season, Lottich led the program to its largest win increase from the previous season (four) since jumping from 18 wins in 2013-14 to 28 in 2014-15. Valpo finished with a winning record during the nonconference portion of the season for the 10th straight year. Valpo achieved a double-figure home win total for the ninth time in a 10-year period.