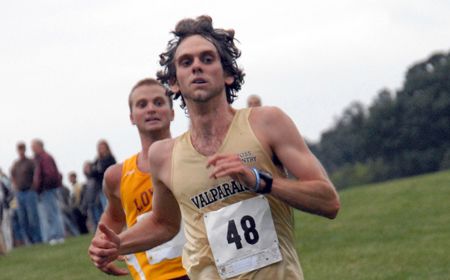 Gilman holds a perfect 4.00 cumulative GPA as a junior academically with majors in chemistry and mathematics, and was named to the Horizon League Academic Honor Roll both semesters last year, when she played volleyball and ran track for the Crusaders.  Despite never having run cross country on any level prior to this season, Gilman was among Valpo’s top-four finishers in every race and was the second-highest finishing Crusader in the season-opening Crusader Invitational, crossing the line 21st overall.

Rolf maintains a 3.55 GPA as a new media – journalism major.  The senior earned her second consecutive Academic All-League honors after repeating as individual champion at the Horizon League Championships and receiving Athlete of the Year accolades for the second straight year.  Rolf, who led Valpo in all six races this year, also earned All-Region recognition for the fourth time in her career at the NCAA Great Lakes Regional with a 24th-place showing.  She was named to the CoSIDA Second Team Academic All-District V team last year and was named to the Horizon League Academic Honor Roll both semesters as well.

Sauerhage also holds a perfect 4.00 cumulative GPA as a junior academically, majoring in psychology.  She ran among Valpo’s top-five runners in four out of the Crusaders’ six races on the season, and was third among Valpo runners at the Horizon League Championships, posting a 32nd-place finish.  Sauerhage also placed second among the Crusaders at the NCAA Great Lakes Regional.

Honig, a fifth-year senior with a 3.63 GPA as a history major, earns Academic All-League honors for the second straight cross country season.  He was the top Crusader finisher in all six races that Valpo competed in this year, and registered a season-high third-place finish in the Crusader Invitational to kick off the season.  Honig was placed on the Horizon League Academic Honor Roll both semesters last season.