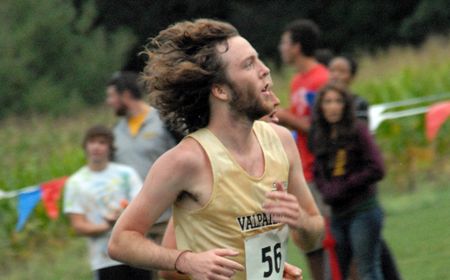 Both the Valparaiso men’s and women’s cross country teams have been awarded U.S. Track and Field and Cross Country Coaches Association (USTFCCCA) All-Academic Team honors for the 2008 season, as announced today by the USTFCCCA.

For a team to be considered for the USTFCCCA All-Academic Team award, they must have competed and compiled a team score at an NCAA Regional Meet.  The team must also have a minimum 3.00 team cumulative grade point average.  The Crusader women carry a 3.536 cumulative GPA, good for 28th nationally among Division I squads, while the men’s team holds a 3.210 cumulative GPA.

Valpo was one of three Horizon League institutions to have both its men’s and women’s squad honored by the USTFCCCA, joined by Butler and Detroit.  The Wright State men and Cleveland State women also earned recognition.