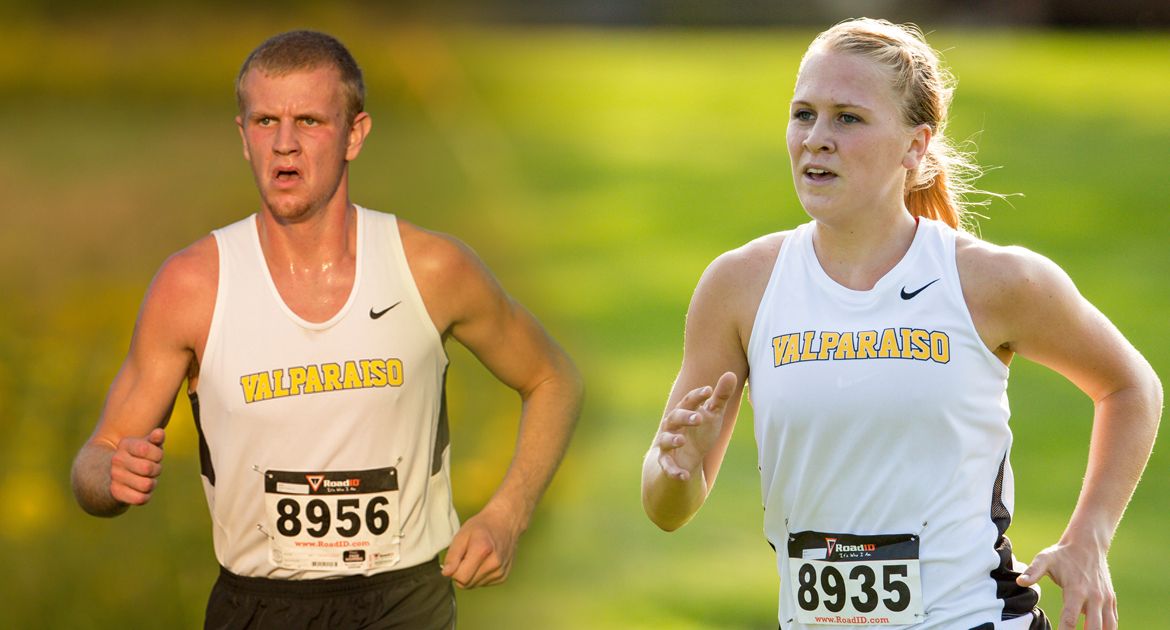 The 2015 men's and women's cross country schedules were approved for release Tuesday. The six-meet slate will see the Brown and Gold competing in five of the same competitions as in 2014.

Valpo will again open the year with the Crusader Open, scheduled for Friday, Sept. 4th at 5:00 pm at Sunset Hills Farm. Two weekends later, they'll head south to Terre Haute to compete in the Indiana Intercollegiates. Return trips to the Notre Dame Invite (Oct. 2nd) and the Bradley Invite (Oct. 16th) are on tap for the Crusaders.

The season will wind down with the penultimate Horizon League Championships on Saturday, Oct. 31th in Dayton, Ohio followed by the NCAA Great Lakes Regional on Friday, Nov. 13th in Madison, Wisconsin.

Head coach Mike Straubel welcomes Emma Chelsvig (Jacksonville, Ill./Jacksonville) as the lone newcomer on the women’s side. Chelsvig was named the Central State Eight Women’s Cross Country Runner of the Year in 2015 after an All-State campaign with the Crimsons.

On the men's side, eight runners will make their cross country debuts with the Brown and Gold. Junior Nick Arndt (New Carlisle, Ind./New Prairie [Southern Indiana]) joins the Crusaders after two seasons with the Screaming Eagles. Sophomore Ben Zibricky (New Lenox, Ill./New Lenox), a distance runner on the track team this past spring, will embark on his first season on the cross country circuit.

Alexander Bruno (Bloomington, Ill./University), who claimed the 2015 Illinois Class 2A 1,600-meter run title with a time of 4:14.51, joins brother Adam to create just the fourth set of brothers in Straubel’s 30-year tenure at Valparaiso.