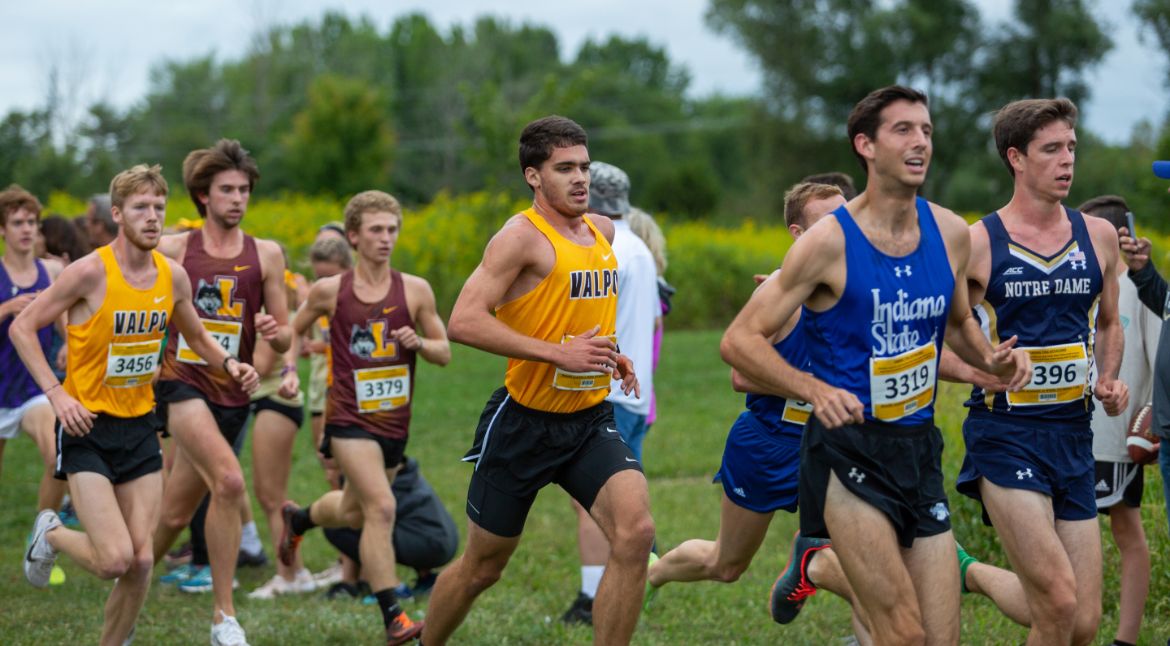 Dominic Paoletti cracked the Top 5 in program history with his 8K time on Friday.

“We had a good day. Alexander Bruno got his racing legs back, and he is set up well for the conference meet. Dominic Paoletti ran a PR and moved to fifth on the all-time 8K list. Nate Izewski had a 20-second PR and was a big help at fifth for us. For the women, four of our top five finishers ran PRs. Alaina Carpenter ran the eighth-fastest 6K in school history, and Taylor Justison ran a PR by 1:59. We were very happy to beat Loyola.”

“So far, we have not had everyone ‘on’ at the same time. We will prepare for the conference meet and look to put everything together on the home course.”

Valpo will return to Sunset Hills Farm Park to host the Missouri Valley Conference Championships on Nov. 2. The men’s race is scheduled to start of 10:30 a.m., followed by the women’s race at 11:30. The meet will be broadcast on ESPN3 with links to live results and video available on ValpoAthletics.com.