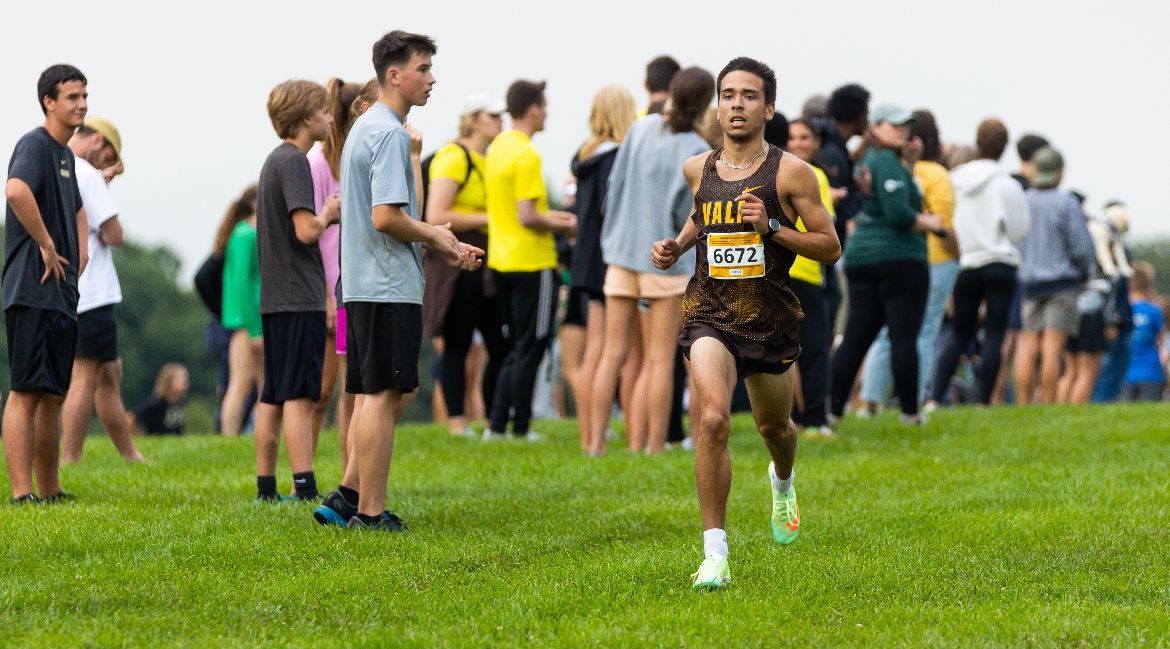 The Valpo men’s cross country and track & field standout, who just completed his fourth season in the program, will participate in the Puerto Rico National Championships for track & field in his hometown of San Juan on Sunday.

“It’s always a blessing to compete in Puerto Rico because I get to race in front of my family and friends,” Veloz Bonilla said. “This one is a little more special because Coach Walker made it all the way here. I appreciate the athletic department letting him come and watch me race. If the race goes out fast, I’ll be looking to set a personal record. If the race goes out slow, I’ll be focused on placing. It’s been a long season, so I’m looking to give it my all in this race.”

Veloz Bonilla’s time in the 1,500-meter run helped him qualify for this weekend’s championships. On Sunday, he’ll have an opportunity to compete for a spot in the World Championships depending upon where he finishes.

“Any time you have the opportunity to have any athlete represent their nation, it is a big deal,” Valpo head cross country coach Vincent Walker said. “This is a notable step forward for our program. We want our athletes to have opportunities to make their national team and expand upon their success in NCAA competition. That is an important way for us to elevate our program.”

The opportunity to compete in the Puerto Rico National Championships adds another piece to Veloz Bonilla’s successful Valpo story. He has excelled in all aspects of his Valpo experience.

“Ignacio is very fun to watch when he trains and works out,” Walker said. “He’s a big team guy. He is the first guy in and the last guy out each day. He’s willing to work hard and keep grinding. Many of our runners look up to him and try to model themselves after him. Having someone like Ignacio around has been very beneficial to our program.”

Veloz Bonilla will utilize his extra year of eligibility granted due to COVID-19 in 2022-23 as he works toward his Master of Business Administration degree at Valpo. He’s excited to continue to work with Walker, who took over leadership of Valpo’s distance runners during the outdoor track & field season this spring.

“Since Coach Walker has been here, I’ve had two races, and I had a season best and PR,” Veloz Bonilla said. “I’ve connected a lot with him. I’ve loved what he’s brought to the table. His new training is really paying off for me, so I’m looking forward to next year, which will be my last.”