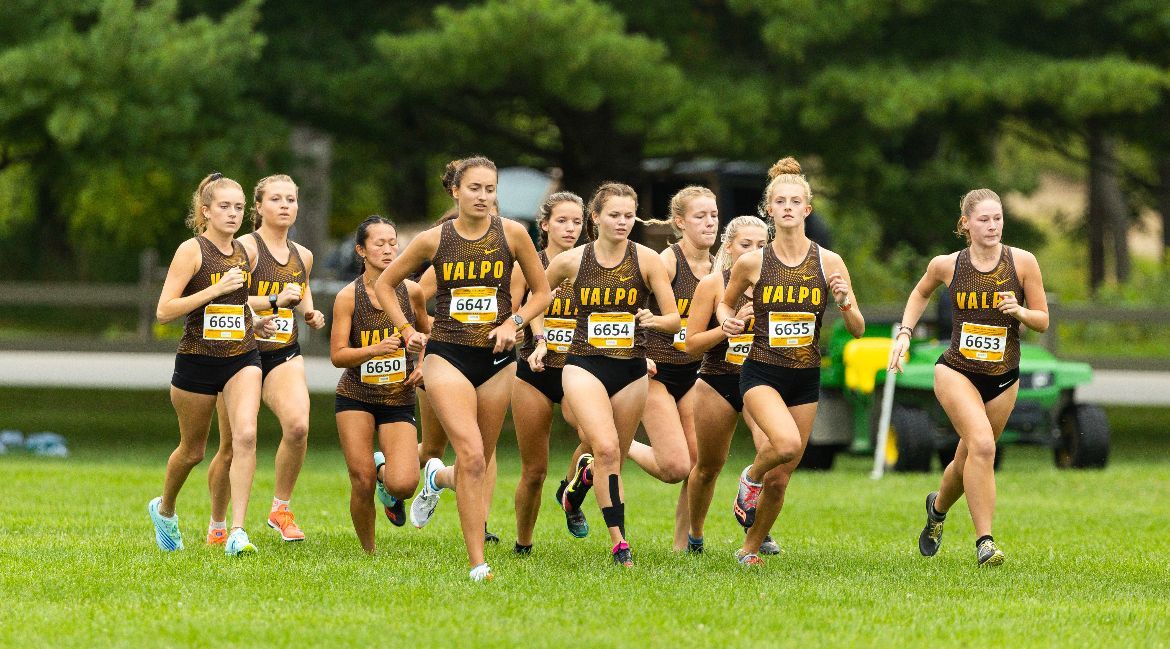 A new era begins and a tradition continues all at once as the Valparaiso University men’s and women’s cross country programs open the season on Friday, Sept. 2 by hosting the Winrow Open at Sunset Hill Farm County Park in Valparaiso.

The meet will mark the start of the Vincent Walker Era of Valpo cross country, as he was named head cross country coach in April before being elevated to Interim Director of Track & Field and Cross Country in July. While ushering in a new regime, the Beacons continue a tradition as this marks the 33rd running of the program’s home meet.

The women’s 5K will begin at 5 p.m., followed by the men’s 6K at 5:45 p.m. Participating teams include Purdue, Western Michigan, Notre Dame and the host Beacons.

“It’s fun to have a home meet to open the season and have the chance for family members and fans to attend,” Walker said. “We want to be able to defend our home turf. The first race of the season is always a rust buster, but it takes some of the stress off when we get to compete at home. It’s a course our runners are familiar with, so it’s a great way to start the season in a low-pressure environment.”

Ignacio Veloz Bonilla (San Juan, P.R. / American Military Academy) is back for a fifth season, utilizing his extra year of eligibility due to the season impacted by COVID-19. He placed third in the 1,500 at the Puerto Rico National Championships in the 1,500 over the summer. He ranks ninth in the 10K in program history thanks to his performance at the 2019 NCAA Regional.

“We’ve really taken some big steps forward this summer,” Walker said. “Ignacio has stepped up, moving to 80 miles per week. He’s come out of the gate strong and nailed time trials. Simeon has made a big step from last spring, and we’re looking for him to be a big-time scorer for us. Evan has made a big step up and he’s ready for some big PRs on the course. Joseph is going to be someone who we can plug into our top five right away as a freshman. He can hang with everyone on the team, so he’s going to be fun to watch. It will be exciting to see Eric return to health this year and we know he can be a scorer for us at conference.”

“Grace has made big jumps and picked up a lot of momentum last year with a 30-second PR on the track in the conference championships,” Walker said. “She’s looking really good in training and is hoping to step into the all-conference world. Ellie and Kaitlynn are looking great in workouts and we’re expecting significant PRs from both of them.”

The team spent time at Dunes Learning Center this past weekend, training and getting in beachside runs.

“We spent a lot of time on team value setting,” Walker said. “We identified our priorities and goals for the season. That was eye opening for many of our student-athletes. Now we know what we stand for and what our culture is. It was a big weekend of finding out who we are. We did a four-mile time trial there, and as a team we were way ahead of where I expected us to be at this point. That made me extremely excited for the season.”