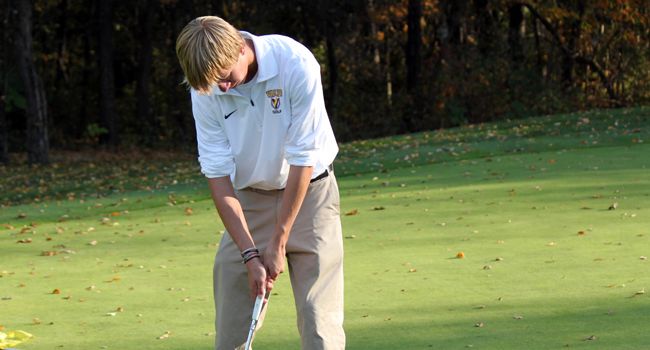 Kyle Henning shot rounds of 75 and 77 on Monday.
Related Links

Valparaiso played the first two rounds of the Beu Mussatto Invitational on Monday afternoon, shooting rounds of 314 and 312, and is currently in ninth place with a total of 626 at Harry Mussatto Golf Course in Macomb, Ill.

The Crusaders trail eighth place Bradley by 13 shots heading into Tuesday’s final round.  Indian Hills Community College leads the tournament by four shots over North Dakota State after firing 594 on day one.

Valparaiso will return to the course on Tuesday morning for the final 18 holes.  The shotgun start begins at 7:30 a.m.