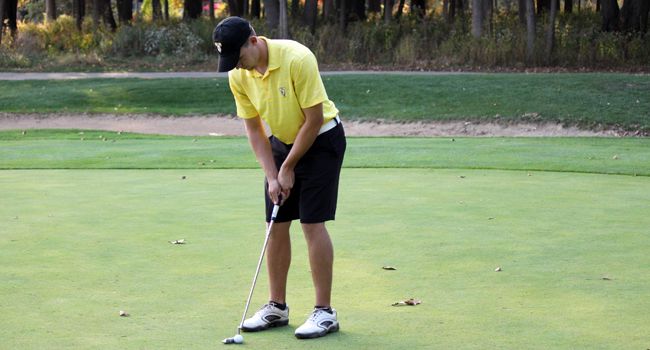 Brad Winters carded an opening round 76 on Saturday.
Related Links

Valparaiso’s men’s golf team is currently in 10th place in a 17-team field through Saturday’s opening round of the Wolfpack Spring Open held at the Lonnie Poole Golf Course in Raleigh, N.C.

The Crusaders fired an opening round 309 on day one of the 36-hole event, two shots ahead of Louisiana-Monroe.  Valpo trails eighth place Troy and Francis Marion by just two strokes and are five shots out of sixth place.  Lamar leads the field after shooting an opening 292, two strokes ahead of host North Carolina State and East Carolina.