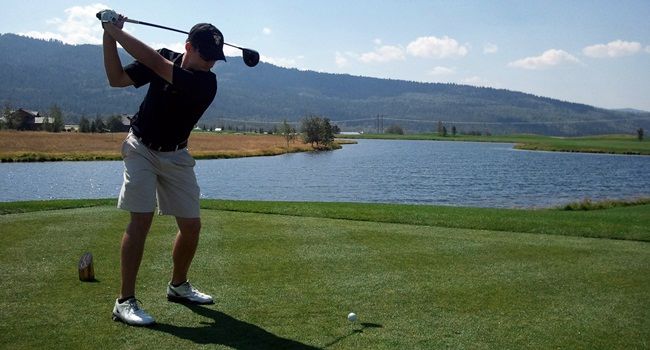 The Valparaiso men's golf team sat in second place after the first round at the John Piper Intercollegiate in Bowling Green, Ohio on Monday and finished the day in eighth place in a tight pack of teams, with 18 holes remaining to be played on Tuesday.

Coming off of their event victory at Purdue's tournament on Sunday, the Crusaders started out strong in Monday's morning round, posting a team score of 292 to sit just two shots out of the lead. Valpo then shot a 306 in the afternoon round for a total of 598 over 36 holes, just eight shots out of second place and 11 shots behind leading Cleveland State. BGSU's Wes Gates leads the individual standings at -9 (66-69).

“In the morning round, I was impressed with the +4 team score, since we arrived late in Bowling Green last night, following yesterday's victory at the Purdue Midwest Shootout,” said Crusader head coach David Gring.  “Joe Harris and Eric Winters had never seen the golf course, and posted solid rounds of 74 and 76, respectively.”

Senior Austin Gaugert (Lake Geneva, Wis./Badger) posted Valpo's best 18-hole round of the day on Monday, shooting 70 in the morning before closing the day with a 77, his 147 good for a tie for eighth place. Junior Thomas Wettstein (Neenah, Wis./Xavier) also shot 77 in the afternoon, his mark coming after a 72 in the morning as his 149 is good for a tie for 14th position.

Fifth-year senior Brad Winters (Elgin, Ill./Saint Edward [Dayton]) shot the Crusaders' top round in the afternoon, ending the day with a 75 after a morning 78. Winters ended the day tied with sophomores Joe Harris (Washington, Iowa/Washington) and Eric Winters (Elgin, Ill./Saint Edward) in a tie for 32nd place at 153, as Harris went 74-79 and Eric Winters posted rounds of 76-77.

“With 36 holes yesterday and 36 holes today, the guys were working real hard the last nine holes today to keep strong levels of concentration and not let fatigue set in,” said Gring.  “The hard work that the guys made during the summer paid off today. The team scores are very close after two rounds, and we are excited for tomorrow's final round.”

Valparaiso concludes the John Piper Intercollegiate on Tuesday with a final 18-hole round to close out the 54-hole event.