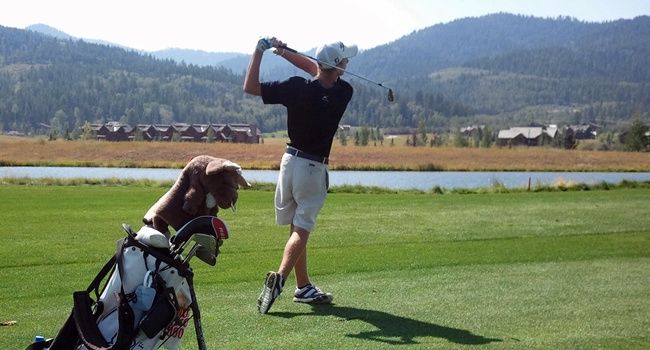 The Crusaders posted the top team round of the tournament in round two, shooting a 293 in round two to enter the final round in a tie for first place.  Valpo would end the 54-hole event with a score of 914 to place fifth, just nine shots behind team champion Marquette.

“Our second round was one of the best that our team has played all year,” said Crusader head coach David Gring.  “Playing 36 holes in one day, on an excellent course, and playing that hard to finish the second round was a terrific job by the team.  Even though our par-3 performance was poor in today's third round, the guys played with a lot of determination.  We learned a lot in our fifth place finish, in a terrific field and tournament.”

Henning followed up an opening-round 76 with an even-par 72 in the middle round of the tournament’s three circuits to enter the final round in a tie for first place.  The junior then shot a 73 to close the event, finishing the tournament at 221, one shot clear of Northern Illinois’ Griffin Bauman to win the title.

“Kyle Henning had his game working on all cylinders today,” said Gring.  “To individually win a tournament of this caliber, in an 80-man field, is very special.  I'm proud of his performance.”

Senior Austin Gaugert (Lake Geneva, Wis./Badger) shot Valpo’s best individual round of the tournament, posting a 71 in the second round as he closed the event with a 229, good for a tie for 19th place.  Fifth-year senior Brad Winters (Elgin, Ill./Saint Edward [Dayton]) shot a 74 in the second round and a 79 in round two to finish at 231 in a tie for 23rd position.

Sophomore Joe Harris (Washington, Iowa/Washington) shot back-to-back 76s in his first two rounds and finished in a tie for 31st place with a 233 over the 54 holes.  Sophomore Eric Winters (Elgin, Ill./Saint Edward) rounded out the Crusader lineup with a 243 total, tying for 64th place.

Valparaiso returns to action next Sunday, October 14 at the Chicago State Invitational.  The two-day event is scheduled for 54 holes.