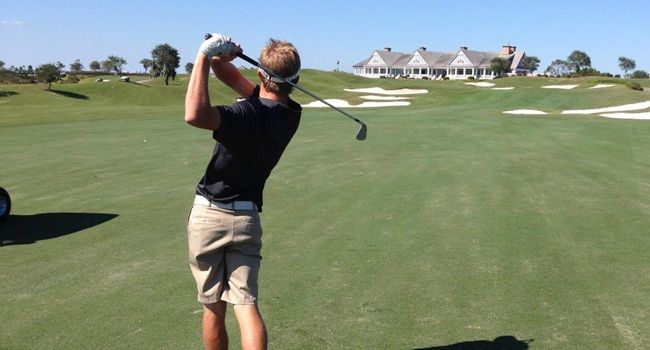 Valparaiso men's golf senior Kyle Henning (Brookfield, Wis./East) finished the 54-hole Quail Valley Intercollegiate in fifth place at one under par on Tuesday, leading the Crusaders as they placed seventh at their final tournament of the 2013 fall campaign at Quail Valley G.C. in Vero Beach, Fla.

Valpo shot its best round of the tournament on Tuesday, closing the tournament with a round of 296 to post a 54-hole score of 893 for a seventh-place finish, just eight shots back of fifth place. Louisiana-Monroe claimed the team title at 847.

"We improved our team scores each round and finished the tournament on a positive note," said Crusader head coach David Gring.  "The guys played well on yet another good golf course and against another solid tournament field."

Henning posted an even-par round of 72 to close out tournament play at one-under 215 to finish in fifth place, just three shots back of a tie for second place. Fellow senior Thomas Wettstein (Neenah, Wis./Xavier) also shot an even-par 72 on Tuesday, his second consecutive round at par, to finish in a tie for 13th place at 219.

Freshman Peter Webb (Madison, Wis./James Madison Memorial) finished out the tournament at 230, good for 38th place, while junior Eric Winters (Elgin, Ill./St. Edward) shot a 76 on Tuesday to place in a tie for 39th at 233. Junior Joe Harris (Washington, Iowa/Washington) also carded a 76 over the final 18 holes and finished in 41st position with a 54-hole score of 237.