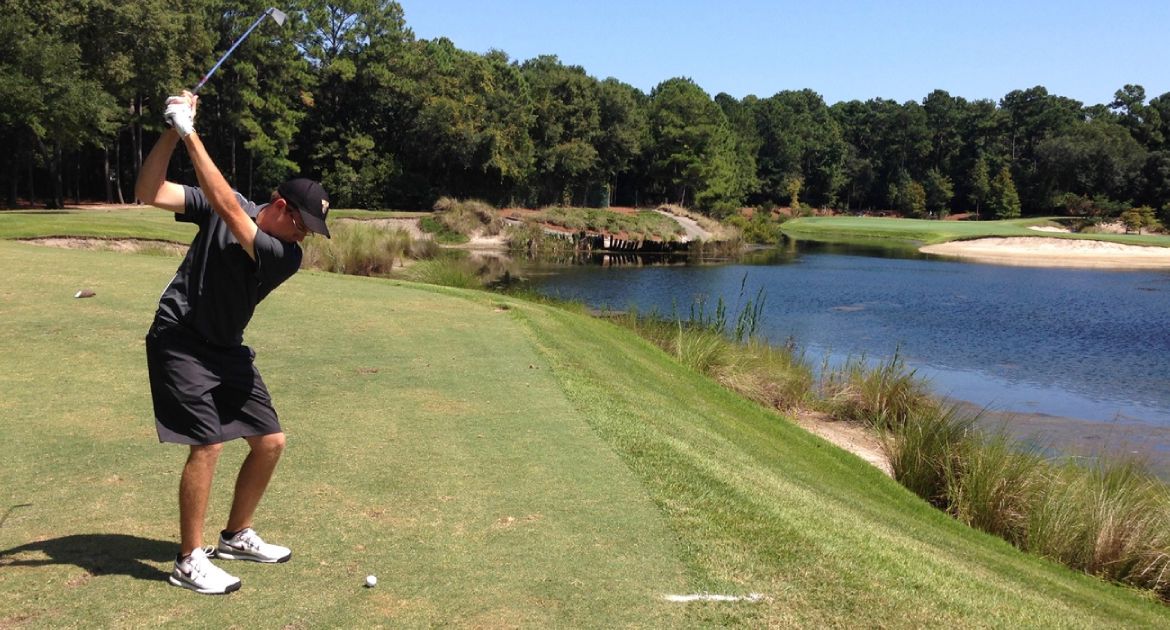 The Valparaiso men’s golf team hit the links for the first time since October when it teed off today at the Bash at the Beach tournament, located at the Surf Club in Myrtle Beach, S.C.

The Crusaders played two 18-hole rounds today, starting off strong in the first round by carding a 289. Their pace slowed in the second round, but they were still able to post a respectable 298.  Head coach David Gring knows that long days can lead to less than desirable results. "The 36-hole days are long and we showed some fatigue, coming down the last nine holes of the day.” Gring knows it’s just a matter of getting back into the swing of things. “We had some of our guys finish strong and a few guys that were working hard to keep their playing rhythm.  We will get that more consistent, as we work more through the spring season."

The Brown and Gold ended with a 36-hole total of 588, tied for eighth place out of the 17-team field heading into the last 18 holes tomorrow morning.

Gring spoke about how he loved how his team played after coming off a brutal winter that allowed for no outside rounds in Northwest Indiana. "While we had some rust to kick-off coming off 4.5 months of not hitting any balls outside, I was very pleased with the first round of the tournament.” Gring continued, “The guys displayed some good feel around the greens along with hitting fairways and greens."

The team will have a chance to rebound in the last round, but Gring did point out several things he liked when it came the individual game. "Our par-three scoring was solid in the first round. Also, Nick Seitz had 27 putts in the first round and Peter Webb hit 32 greens on the day.” Gring went on to say, “Both of the guys played very consistent all day and that was very encouraging, for this early in the year."

Individual results were not available at the time of publication. Final round results will be available on ValpoAthletics.com.