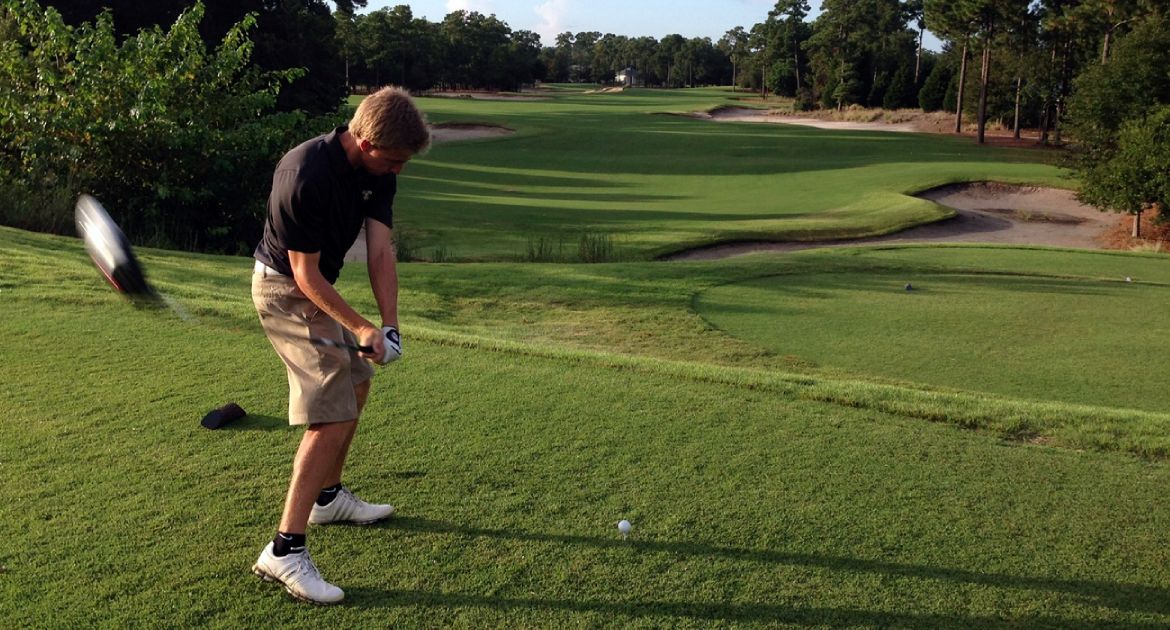 Nick Seitz led the Crusaders with an 11th-place finish.

The Valparaiso University men’s golf team wrapped up regular season play Sunday when they headed to the clubhouse after the final 18 holes at the Wolfpack Spring Open in Raleigh, N.C. The Crusaders held their ground and finished in ninth place after shooting a 296, two shots better than the previous day.

Head coach David Gring was proud of his team despite the results. “One of the great things about competition is that you find out exactly what you need to work on,” said Gring.  “We had a number of positives coming out of this tournament and we have a clear picture of what we need to work on this week prior to the conference championship.”

Individually, Nick Seitz (Xenia, Ohio/Carroll) led the team on back to back days, posting another 71 in the final round, good enough for a total of 142 and a share of 11th place. Peter Webb (Madison, Wis./James Madison Memorial) shot six shots better than day one, ending up with a total of 148 after recording a 71 on Sunday. Eric Winters (Elgin, Ill./Saint Edward) followed closely, as his 76 led him to a 36-hole total of 149. Both Webb and Winters finished in the top 35.

Gring was extremely pleased with the play of Seitz throughout the weekend. “Nick Seitz added yet another fine performance this weekend on a course he never played before,” said Gring.  “He continues to be smart, manage the course well, and hit really good shots throughout the entire round. He is playing with a tremendous amount of confidence.”

Rounding out the team performance were Joe Harris (Washington, Iowa/Washington), who ended the tournament with a 155, and Jared Magoline (Fond du Lac, Wis./Fond du Lac [Marquette]) who followed Harris closely with a 159. Zach Cutler (O’Fallon, Mo./Timberland) once again played as an individual and ended up with a 151, after a final 18-hole score of 74.

Coach Gring believes that the team is ready mentally to head into the league championship. “The guys are excited to compete this coming week and have the opportunity to win a championship,” said Gring. “The entire team has prepared well for our season and this coming weekend all year.”

The Crusaders will now head home before heading out to Howey in the Hills, Florida for the Horizon League Championship next weekend. Full stats and recaps of each day’s action will be available at Valpoathletics.com, beginning with Friday’s opening round.