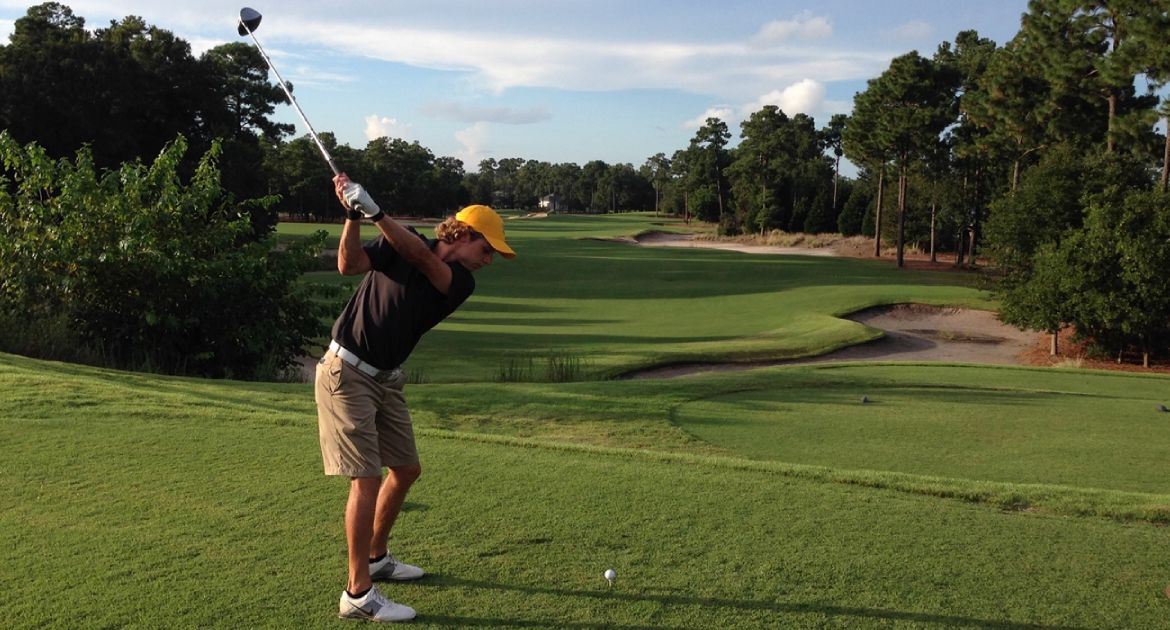 The Valparaiso University men’s golf team concluded day one of the two-day, 54-hole Ram Masters Invitational in Fort Collins, Colo. on Monday. The Crusaders ended the first 36 holes sitting in the middle of the pack in eighth place.

Host team Colorado State currently leads the tournament after shooting a total of 560 (+1) through 36 holes. Valpo posted rounds of 296 and 301 on Monday to finish the day at 597, in eighth place and just nine strokes out of fifth position.

Leading the way for the Crusaders is senior Jared Magoline (Fond du Lac, Wis./Fond du Lac [Marquette]), who is currently tied for 15th individually and just 10 shots off the lead. Magoline shot a 75 during the first 18 holes and followed that up with a second-round 69 on Monday. Magoline looks to join the Valpo record books tomorrow for a 54-hole tournament score, by shooting a 70 or lower on the day, while his personal 54-hole best at Valpo of 213 is also within striking range.

Tomorrow’s final round three action can be followed online through ValpoAthletics.com.