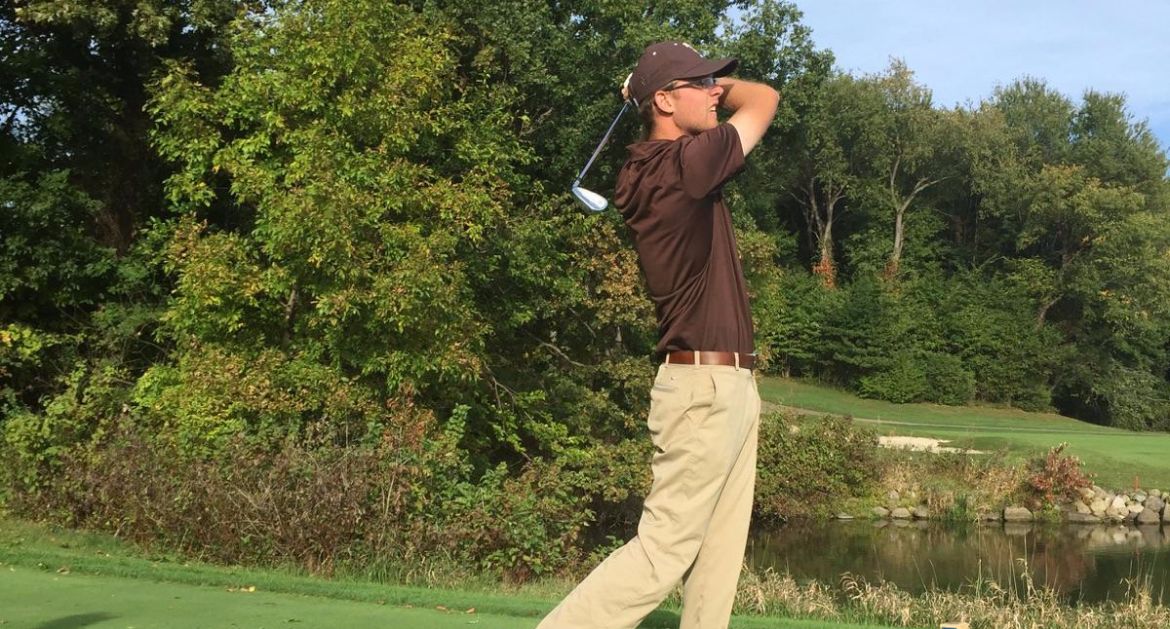 The Valparaiso University men’s golf team hit the links at the Firestone Country Club located in Akron, Ohio on Monday to open up the two-day, 54-hole Firestone Invitational. The Crusaders closed out the day shooting a team score of 592 (+6), tying them for 15th place.

“We had a tough start to the first round today, with some double bogeys and poor putting in the first 4-5 holes,” said Crusader head coach David Gring.  “We played real well on the back nine of our first round and got some of that back. In the second round, we played steady, but there were still too many double bogeys on the scorecard. We still need to improve with making more birdie putts, since we have a decent amount of good opportunities throughout the round. That will help us a lot with momentum during the round and canceling out some of our big holes.”

Junior Peter Webb (Madison, Wis./James Madison Memorial) led the way for the Crusaders on Monday, shooting rounds of 70 and 72 for a two-round score of 142 (-2), which places him in ninth place individually, only six strokes behind the leader. Webb can tie his career-best 54-hole total score of 211 tomorrow by shooting a 69.

“Pete's ball-striking was excellent and his putting was tremendous, especially in the first round,” said Gring. “He had nine birdies and he hit a lot of irons close. Nick, Jared and Mitchell played steady for us and we will look forward to finishing strong with a good round tomorrow.”

Maryland currently leads through 36 holes after shooting a 569 (-7). The Crusaders will close out the two-day event on Tuesday, with live scoring available at ValpoAthletics.com.