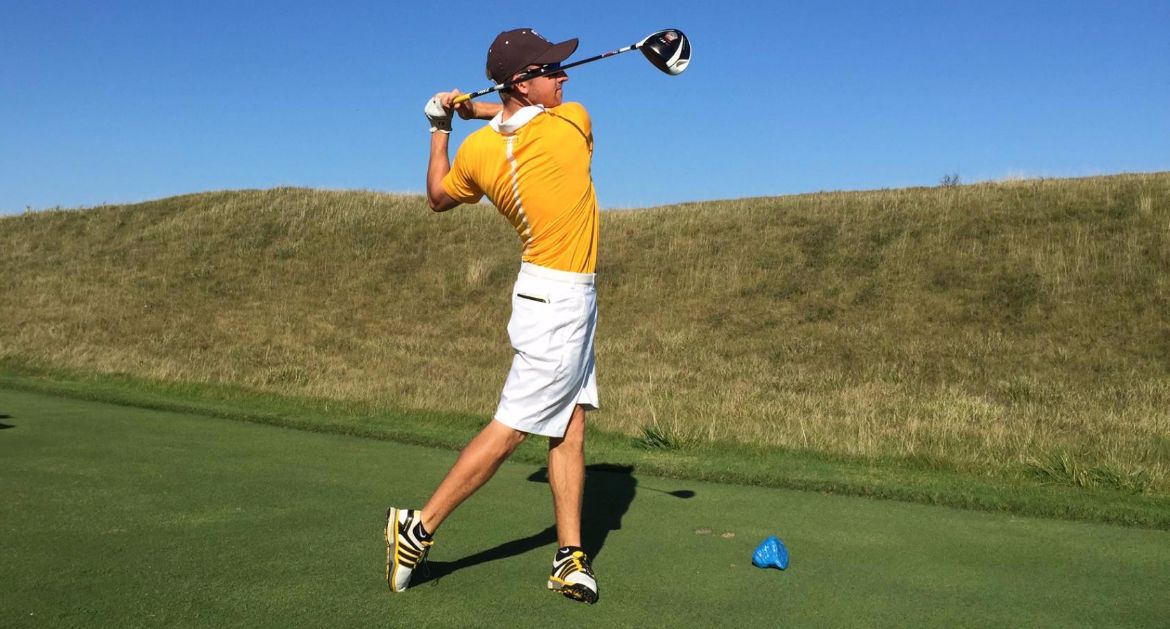 Nick Seitz shot a round of 72 to finish tied for fourth place.

“We had an excellent opportunity to win the tournament today, but we simply couldn't capitalize and post the scores that we needed,” said Crusader head coach David Gring. “The conditions were challenging with some significant wind on a tremendous golf course, but we needed to finish our final round just ten shots lower and the course got the best of us. We have to work on eliminating the big holes during our rounds and thirteen double and triple bogeys for the team today does not help our scoring. Our par-5 scoring has improved this year, but we didn't take enough advantage of those holes during the entire tournament. These are a couple areas that we will continue to focus and improve on.”

Seitz led the way for Valpo on Tuesday, shooting an ever-par final round of 72 and finishing the 54 holes with a score of 223 (+7), tying him for fourth place individually. Meanwhile, Webb shot a final-round 80, giving him a two-day score of 229, tying him for tenth place.

“Nick's round of even-par 72 today was exemplary,” said Gring. “His five birdies in today's round was fabulous, especially when you consider the difficulty of the golf course and the gusty wind that he played in all day. He was second in the tournament in birdies and really struck the ball well today. I'm very happy for him and his top-five finish in this event.”

Freshman Mitchell Wittmann (Kaukauna, Wis./Kaukauna) matched Webb on Tuesday, posting a round of 80 to bring his total to 232, tied for 19th overall. Sophomore Zach Cutler (O’Fallon, Mo./Timberland) and senior Jared Magoline (Fond du Lac, Wis./Fond du Lac [Marquette]) both had third-round scores of 83 on the day, tying Cutler for a 28th place finish (236) and Magoline tying for 37th (242).

The Crusaders’ three-round team score of 917 was good for fourth position, just three shots out of third place and four strokes behind second place. Towson claimed the team title with a 54-hole total of 907.

Valparaiso will be back out in action next Monday and Tuesday closing out the fall season in Dayton, Ohio at the Dayton Flyer Invitational. Live scoring is available via ValpoAthletics.com.