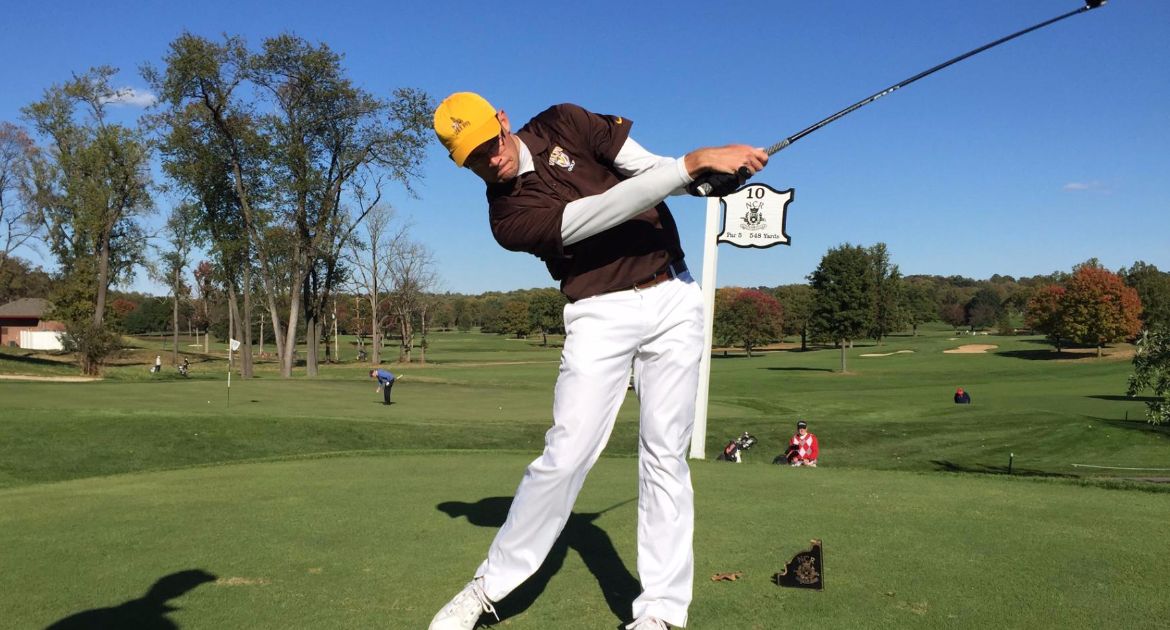 The Valparaiso University men’s golf team closed out the 2015 fall season in Kettering, Ohio on Tuesday afternoon. The Crusaders finished tied for ninth place after round two of the 36-hole Dayton Flyer Invitational at the NCR Country Club.

After shooting a 312 on Monday, the Crusaders came back Tuesday shooting one stroke better, finishing round two with a 311. Their total score of 623 tied them with Loyola for ninth place, just nine strokes back from sixth position. Detroit won the tournament, shooting a combined team score of 598.

Junior Peter Webb (Madison, Wis./James Madison Memorial) continued to lead Valpo, after shooting a round two score of 75 (+4). Webb’s total score of 149 (+7) tied him for sixth place individually. Five strokes behind Webb finished senior Jared Magoline (Fond du Lac, Wis./Fond du Lac [Marquette]), who shot a round two score of 79 (+8) to give him a total score of 154, tied for 26th overall.

Seniors Matt Ward (Plainfield, Ill./South), who shot 161 for the 36 holes, and Michael Holevas (Elgin, Ill./St. Edward Central Catholic), who posted a 169, closed out the fall season playing as individuals.

The Dayton Invitational closes out the 2015 fall season for the Crusader men’s golf team, who will kick off the 2016 spring season March 7-8 at the Bash at the Beach in North Myrtle Beach, S.C.