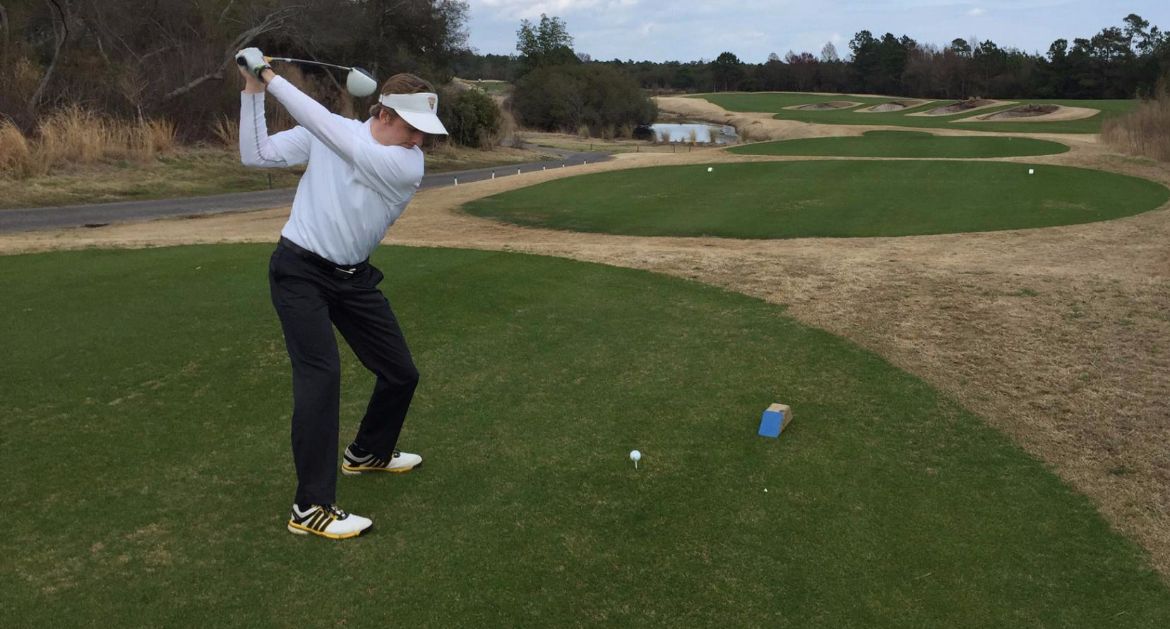 The Valparaiso University men’s golf team teed off the 2016 spring season in North Myrtle Beach, S.C. on Monday afternoon. The Crusaders finished day one in ninth place after two of three rounds at the Bash at the Beach, held at The Surf Golf and Beach Club.

“It felt good to get back into competition today, coming off of the winter off-season,” said Crusader head coach David Gring.  “This was our third consecutive day playing on actual grass, and the guys played well coming off almost five months without playing or practicing on grass or in competition.”

Junior Nick Seitz (Xenia, Ohio/Carroll) paced the Crusaders as he shot a 139 on Monday, including a 70 (-1) in round one and a 69 (-2) in the second round. Seitz finds himself tied for fourth place overall heading into Tuesday’s final round, just three strokes behind the overall leader.

“Nick played very consistent and steady for us today, with some tremendous ball-striking,” said Gring. “He was in the top-five of the entire field in number of pars, par-three scoring and par-four scoring. It was a great start for the spring season for him.”

Senior Jared Magoline (Fond du Lac, Wis./Fond du Lac [Marquette]) finished the day with a two-round score of 150, after closing out the second 18 holes with a 73. Just one stroke behind Magoline sits junior Peter Webb (Madison, Wis./James Madison Memorial), who finished the day shooting a 151.

Rounding out the five-man team for the Crusaders were freshman Mitchell Wittmann (Kaukauna, Wis./Kaukauna) and senior Matt Ward (Plainfield, Ill./South), who both shot a 152 over Monday’s 36 holes. Michael Doherty (Lisle, Ill./Naperville North), playing as an individual, closed out the day shooting a 148 (+6).

The Crusaders shot team scores of 296 and 292 in the first two rounds, combining for a day one score of 588, just nine strokes behind seventh-place Belmont.

“We kept our big-number holes to a minimum today, we had a lot of pars throughout all of the rounds, and we played the par-three’s very well,” said Gring. “I was quite pleased with our preparation and course management and that was evident in the consistent scoring. Tomorrow, we need to get the ball closer to the hole and make some more birdie putts.”

Final round action will kick off Tuesday morning; with live scoring available at valpoathletics.com.