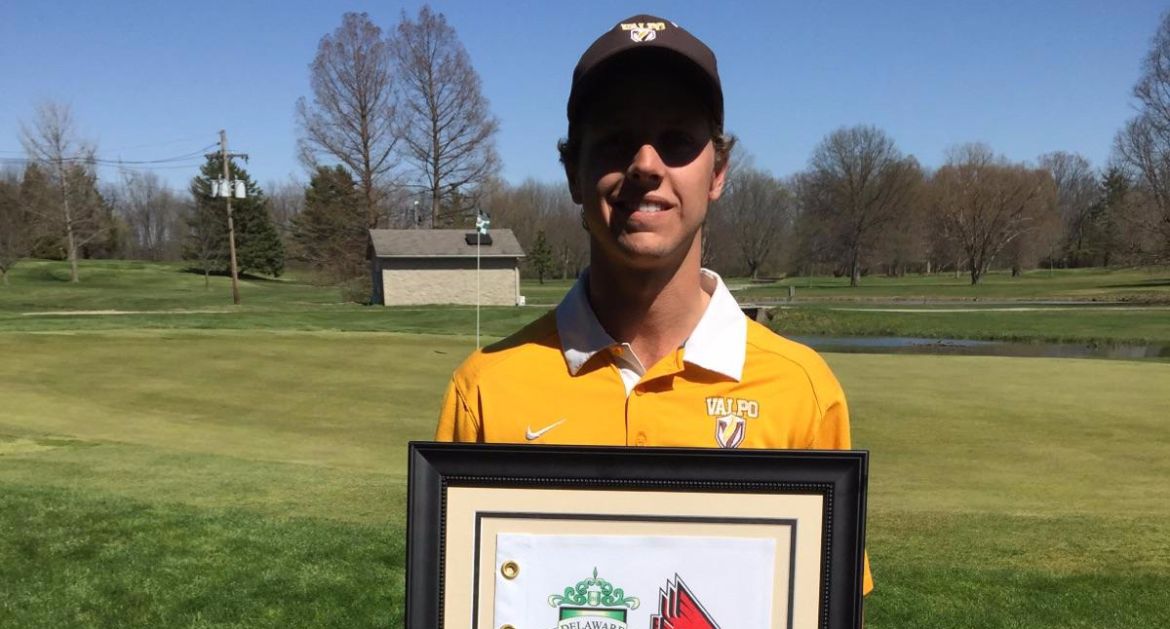 Magoline stole the show once again for Valpo on Saturday, finishing in a tie for second place after entering the day in a tie for fourth. Magoline shot a 73 on the par-70 course during his final round, bringing his total to 215 (+5) - just one stroke behind the event champion. Magoline shot 2-under on the par-3’s for the tournament, the best individual performance on the course’s shortest holes.

Junior Peter Webb (Madison, Wis./James Madison Memorial.) finished four strokes behind Magoline, closing out the 54 holes in a tie for twelfth. Webb shot a final round score of 75 to finish at 219 over the two-day event.

Freshman Mitchell Wittmann (Kaukauna, Wis./Kaukauna) placed third for the Crusaders after posting a 78 on Saturday, finishing at 224 and in a tie for 31st place. Sophomore Zach Cutler (Normal, Ill./University) finished Saturday with an 85 to finish with a 54-hole score of 230. Senior Matt Ward (Plainfield, Ill./South) shot the team’s best round on Saturday, finishing at 72 to give him a two-day score of 232, while sophomore Michael Doherty (Lisle, Ill./Naperville North) closed out the tournament at 234 following a final-round 73.

The Crusaders finished out the tournament in fourth place, posting a three-round team score of 1106 in the play-six, score-five format. Host Ball State earned the team title with a score of 1086. Valpo finished second among the four participating Horizon League teams.

Valparaiso will look to continue its momentum into the Horizon League Championships, starting this Friday from Howey-in-the-Hills, Fla.