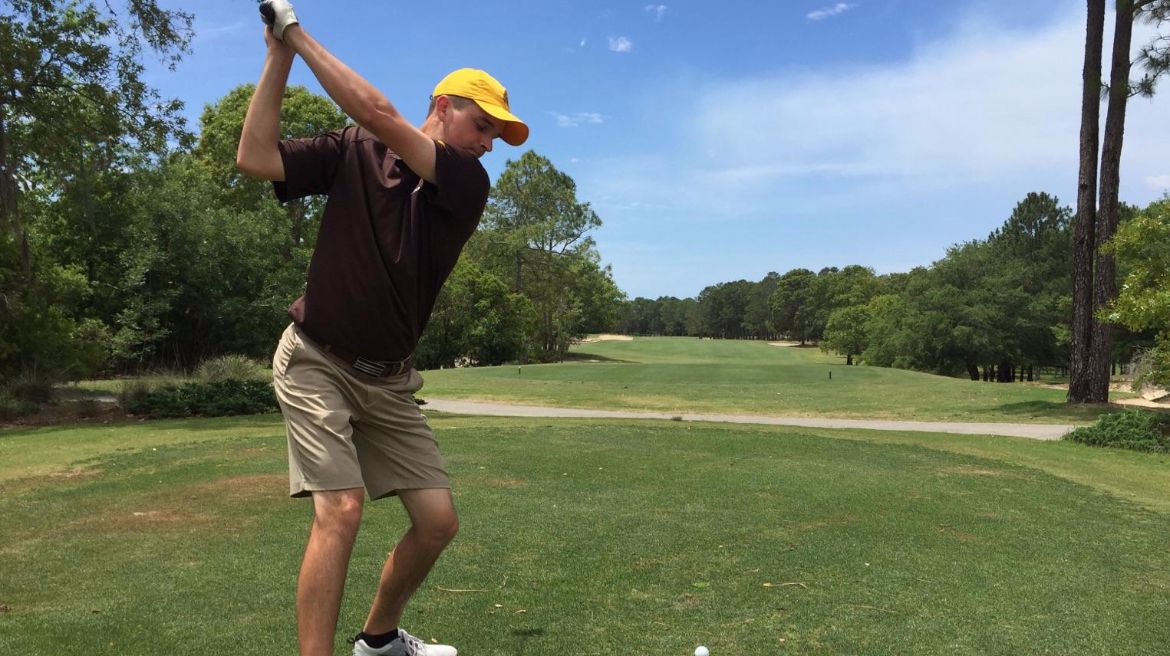 The Valparaiso University men’s golf team opened action from the Horizon League Championship at Mission Inn Resort in Howey-in-the-Hills, Fla. on Friday, finishing out the opening 18 holes tied for fifth place in a tight pack of teams.

The Crusaders posted a team score of 309 for the first round on Friday, tying them for fifth position with Northern Kentucky. But Valpo enters Saturday’s middle round just one stroke behind fourth-place Youngstown State and two shots out of third place, currently inhabited by Wright State.

"Our birdie production was poor today, with only seven birdies for the entire team,” said Crusader head coach David Gring. “Most of that took place on the par-5’s, where there were plenty of scoring opportunities. We simply didn't convert on enough of the birdie opportunities and we needed to create more chances.”

Valpo was led on Friday by freshman Mitchell Wittmann (Kaukauna, Wis./Kaukauna), who started off his first league championship tournament about as well as you could ever ask for – with an eagle on the par-5 first hole. Wittmann added two more birdies later in the round and finished the day at three-under-par on par-5s as he shot an opening-round 74 (+2) to end the day in a tie for ninth place, four shots off the lead.

“Mitchell had a very solid round for us today, with an eagle to start his round and two more birdies in the middle of his round,” said Gring. “His course management was terrific, hitting a good portion of his fairways and greens.”

Junior All-League honorees Peter Webb (Madison, Wis./James Madison Memorial) and Nick Seitz (Xenia, Ohio/Carroll) posted matching rounds of 78 on Friday to end the day tied for 19th position. Webb tallied a pair of birdies on par 5s en route to his 78, ending the day two under on the four long-distance holes, while Seitz birdied the par-3 eighth hole to highlight his round.

One stroke back of that duo sits sophomore Zach Cutler (O’Fallon, Mo./Timberland), who registered a birdie on the par-5 14th hole as part of his opening-round 79, good for a tie for 22nd position. Senior Jared Magoline (Fond du Lac, Wis./Fond du Lac [Marquette]) rounded out the quintet of Crusader golfers, ending the day in 37th place after a first-round 84.

“We played a lot better on the back nine, even with three double-bogeys on the last two holes,” said Gring. “We did not start the round well today and the first eight holes need to be played well, to make up ground on the field. The seven double-bogeys and two triple-bogeys really drive a nail in to the round, and we need to minimize those mistakes better tomorrow.”

Valparaiso kicks off the middle round of action from Mission Inn Resort on Saturday at 7:20 a.m. CT, as Magoline will be the first Crusader off the tee box at the first hole. Live scoring is available via ValpoAthletics.com.