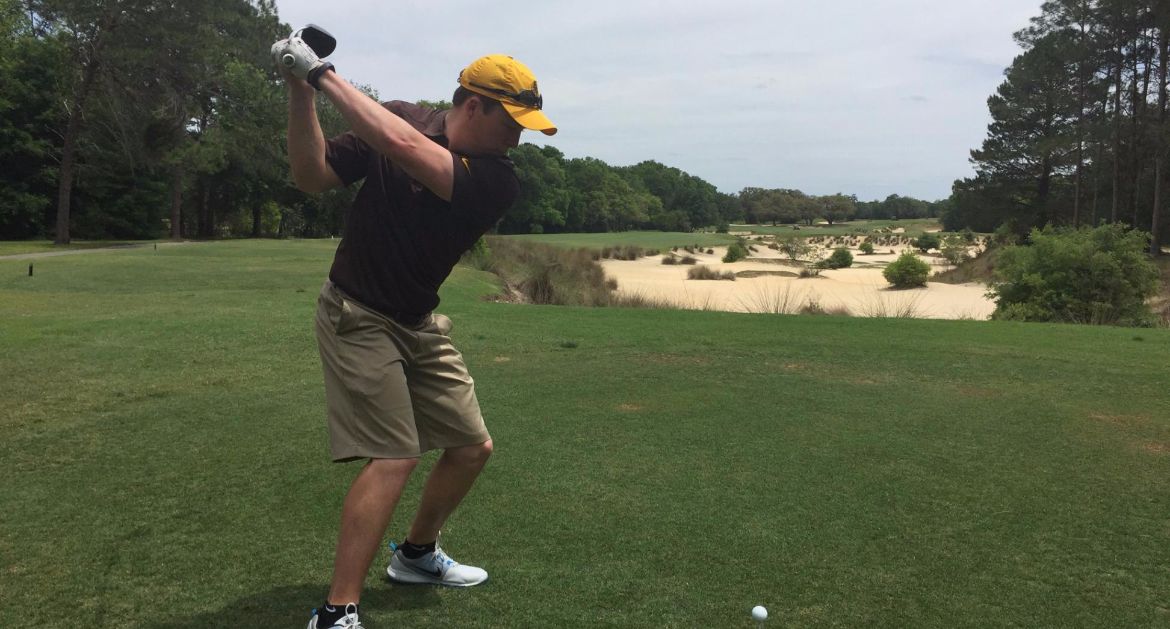 The Valparaiso University men’s golf team improved by five shots over its first-round performance in Saturday’s second round at the 2016 Horizon League Championship from Mission Inn Resort in Howey-in-the-Hills, Fla., finishing the day in fifth place in the standings with one round to play.

The Crusaders shot a team score of 304 on Saturday over the middle 18 holes, five strokes better than their opening-round score, to finish the day at 613 through 36 holes. Valpo sits in fifth place, just two strokes back of Youngstown State in fourth position.

"We needed to start well today and figure a way to get thru holes 2-8 in good shape," said Crusader head coach David Gring. "Unfortunately, that stretch of holes continued to be a challenge for us and we played them +13 over. We played the last ten holes +1 and we had a strong finish to the round. We will continue to focus on playing smart tomorrow on the front nine and positioning ourselves better for the back nine."

Valpo was paced on Saturday by the play of junior Peter Webb (Madison, Wis./James Madison Memorial). Webb birdied three holes on the back nine during a round of 73 (+1), giving him a 36-hole score of 151 – tied for 10th place and just three shots out of eighth. Sophomore Zach Cutler (O’Fallon, Mo./Timberland) went two-under for the final nine holes Saturday, carding four birdies, in a round of 74 to move into a tie for 14th at 153.

"Pete and Zach had seven birdies between the two of them on the back nine, and we needed that birdie production from the team score standpoint," said Gring. "Both of them made some terrific putts coming down the stretch, after getting the ball close to the pins in regulation."

"We are looking forward to a good finish in the final round," said Gring. "I feel the guys have prepared well for each of the rounds all week and we simply need to execute shots well tomorrow."

Valparaiso closes out the 2016 Horizon League Championship on Sunday, as Magoline goes off the tee at hole number one at 7:20 a.m. CT. Live scoring will be available via ValpoAthletics.com.