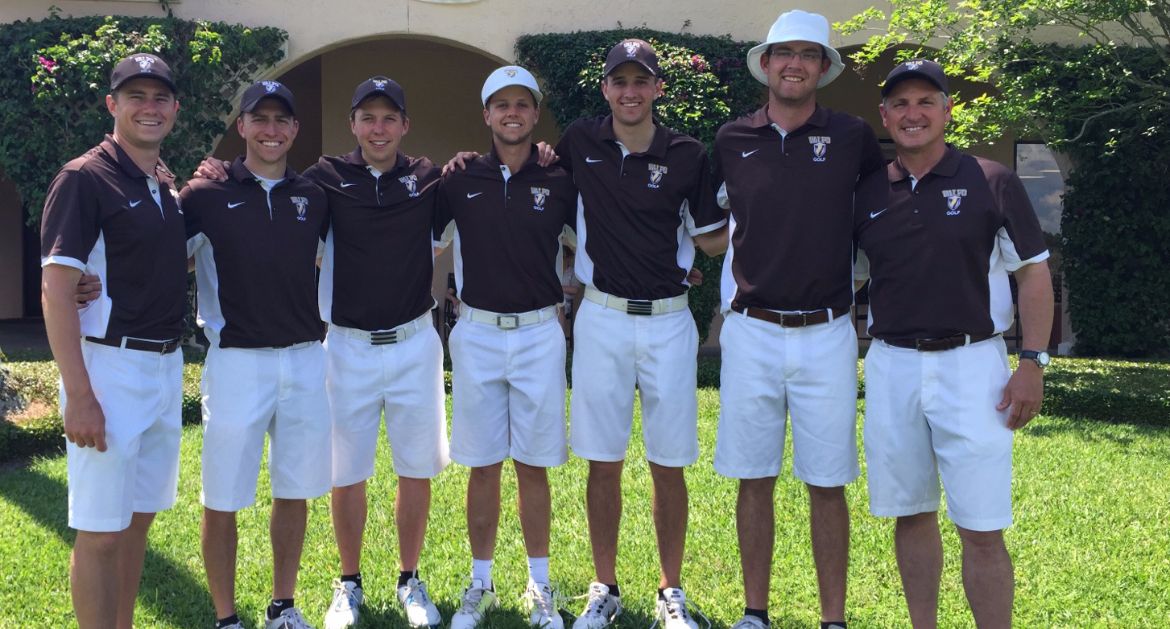 The team at the Horizon League Championship.

The Valparaiso University men’s golf team finished up the 2016 Horizon League Championship at Mission Inn Resort in Howey-in-the-Hills, Fla. on Sunday, closing out the three-day league tournament in sixth position. Sunday also marked the final round of the Crusaders’ 2015-16 season.

Valpo shot a team round of 307 on Sunday to finish out the tournament at 920, just three strokes behind Detroit in fifth place. Cleveland State earned the team title with a 54-hole score of 882, while Wright State’s Ryan Wenzler took individual top honors.

Junior Peter Webb (Madison, Wis./James Madison Memorial) finished out the weekend atop the Crusaders’ team, finishing in a tie for 13th place at 227 following a final-round 76. Sophomore Zach Cutler (O’Fallon, Mo./Timberland) posted Valpo’s best round on Sunday, shooting a 75 to finish with a 54-hole score of 228, one stroke back of Webb and tied for 15th position.

Junior Nick Seitz (Xenia, Ohio/Carroll) recorded a final round of 78, finishing in 22nd place with a three-day score of 232. Freshman Mitchell Wittmann (Kaukauna, Wis./Kaukauna) tied for 30th place, closing out the tournament at 237 following a round of 79 on Sunday, while senior Jared Magoline (Fond du Lac, Wis./Fond du Lac [Marquette]) carded a 78 in his final collegiate round, finishing the tournament in 34th place.