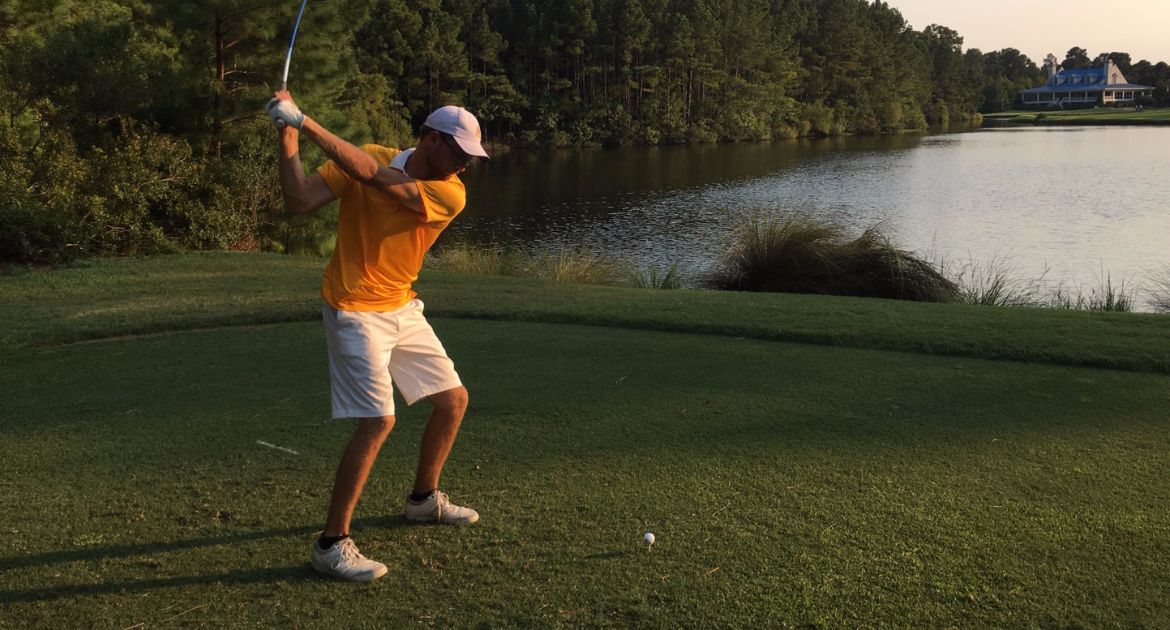 Valparaiso University men’s golf senior Peter Webb (Madison, Wis./James Madison Memorial) shot a round of 67 on Monday to lead the way for the Crusaders as they competed on the second of three days of action at the Golfweek Program Challenge from True Blue G.C. in Pawley’s Island, S.C.

“We needed a strong round out of the team today and a bounce back after yesterday's round. It was good to see the guys respond with two scores under par and our third at par. It's also good to see the improvement from one round to the next and we need to finish the tournament strong and improve today's team score again tomorrow.”

“While this is our seventh competitive round of the young season, we feel that we are capable of shooting these type of scores, especially with shots still left on the course and improvement in our fourth and fifth man scoring. The guys continue to play with determination and focus, with good shot decision making on the course today.”

“Peter, Zach, and Michael had sixteen birdies between the three of them today, with a lot of greens hit in regulation and some very good putting. It was fun to watch them knocking in some short and some 15-20 foot putts. We are looking forward to carrying some momentum into tomorrow's final round.”

The Crusaders will close out the Golfweek Program Challenge on Tuesday, teeing off from the 10th hole beginning at 8 a.m. CT.